Connect with our dealer and finance partners through our site and ask for details regarding their at-home car buying services.
OK
HomeNewsManufacturing 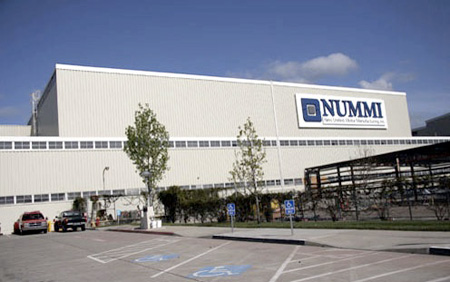 The factory (full name: "New United Motor Manufacturing Inc.") is located in Fremont, California, and with its 420,000 vehicle-per-year capacity, it provides an important supply line to California drivers and their boundless thirst for Toyota vehicles.  The plant was built by General Motors in the early 1960s, then shuttered in 1982. GM and Toyota partnered to reopen the facility two years later as a cost-saving way for both to build vehicles and occasional share technology. For 25 years, things went well, until GM finally backed out of the NUMMI plant back in June during its restructuring. That left Toyota to produce Tacoma pickups and Corolla sedans in peace -- the only problem being, of course, the global economic meltdown, which has led Toyota to rethink its U.S. production strategy.

Now, unnamed sources are saying the Toyota and Motors Liquidation Company (i.e. "bad GM", which holds all the assets that the company plans to liquidate) are set to announce plans to close and/or sell off the NUMMI plant in the very near future. California governor Arnold Schwartzenegger went to the top of Toyota's food chain to see if he could persuade the company's president, Akio Toyoda, to change his mind, but it doesn't seem to have had an impact.

Obviously, this is terrible news for California and for the thousands of workers at the NUMMI plant. It's also slightly ironic, since Inaba was quoted yesterday as saying that he has seen an uptick in the demand for automobiles and that recovery is, if not around the corner, then not too far down the road.