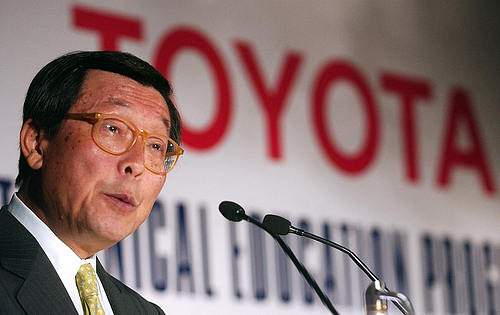 Although many economists have begun to see light at the end of the recessionary tunnel, Toyota Motor America chairman Yoshimi Inaba claims that Toyota is not currently profitable in North America, even though the company has taken numerous cost-cutting measures in recent months. According to Inaba, Toyota is reviewing its entire U.S. operations plan, and among the major decisions facing the company is whether to open its new factory in Mississippi (still under construction) and what to do with the NUMMI plant in California.

The shell of the Blue Springs, Mississippi facility has been completed, but no factory equipment has been installed. Toyota had initially planned to use that plant to boost production of the Toyota Highlander, but then switched focus to the Prius when hybrid interest peaked last year. Construction was suspended entirely last December amid the international economic downturn, and it's been sitting mothballed ever since. Inaba said that he hopes to move forward with development of that plant in the future, although the company is, like every other automaker, keeping a tight rein on production.

The situation at the NUMMI plant in Fremont, California is slightly more complicated. You might recall that NUMMI was initially a joint venture between Toyota and General Motors, but that General Motors recently pulled out of the arrangement, leaving the future of the plant and its 4,700 employees in the air. Inaba acknowledges that California is Toyota's biggest market in the US, and that closing NUMMI would affect not only production, but also the company's image in the state. On the other hand, the company's contract with NUMMI hourly employees (represented by the UAW) expires next month, so if there were ever a time to consider scalebacks, it's now.

Beyond the general economic problems impacting buyers and sales, Inaba indicated that the issued facing Toyota seem to be twofold. First there is a management problem -- namely that too many decisions have been made in Japan, rather than by the company's management team on the ground in the U.S. Inaba also indicated that customers seem ambivalent about Toyota's design aesthetic: "Toyota is a good car but not exciting. Those are the comments we usually (or) always get." Sounds to us like the company out to consider following through on its veiled threat to bring back the Celica.