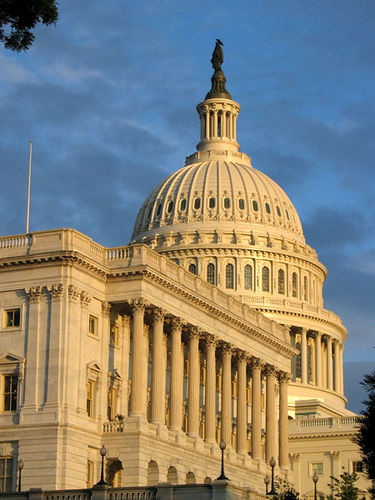 The United States Federal Trade Commission has received a petition from consumer organizations worried about Chrysler vehicles manufactured prior to April 30, 2009, when the company entered bankruptcy court. Specifically the organizations are concerned about Chrysler Group (aka "New Chrysler") and its liability for those automobiles, and they've asked the FTC to require the company to post stickers on such vehicles, notifying buyers of potential liability risks.

The petition has also gotten the attention of elected officials on Capitol Hill: a Senate committee recently passed a spending bill that acknowledged the petition and included a stipulation that the FTC report to the committee about the liability issue within 90 days of the bill's passage. Assuming that the legislation passes both houses, and assuming that the FTC-related language remains intact, the Senate could take any number of actions if the FTC finds in favor of the consumer groups -- for example, providing additional funding for the FTC to enact related regulations. Legislators have set a goal of getting a final spending bill to president Obama's desk by September 30, meaning that it could be the end of the calendar year before the FTC presents its findings to the Senate Appropriations Committee.

Meanwhile, the consumer groups estimate that upwards of 30,000,000 Chrysler vehicles lost their liability protection on April 30. Owners who wish to file liability claims on those vehicles can still do so, but only through US bankruptcy court, which offers little opportunity for recovery. No word yet about the Obama administration's position on the matter, though it has come out forcefully against the dealer-reinstatement legislation currently under consideration, arguing that it would upend much of what was accomplished during the Chrysler and GM restructurings.