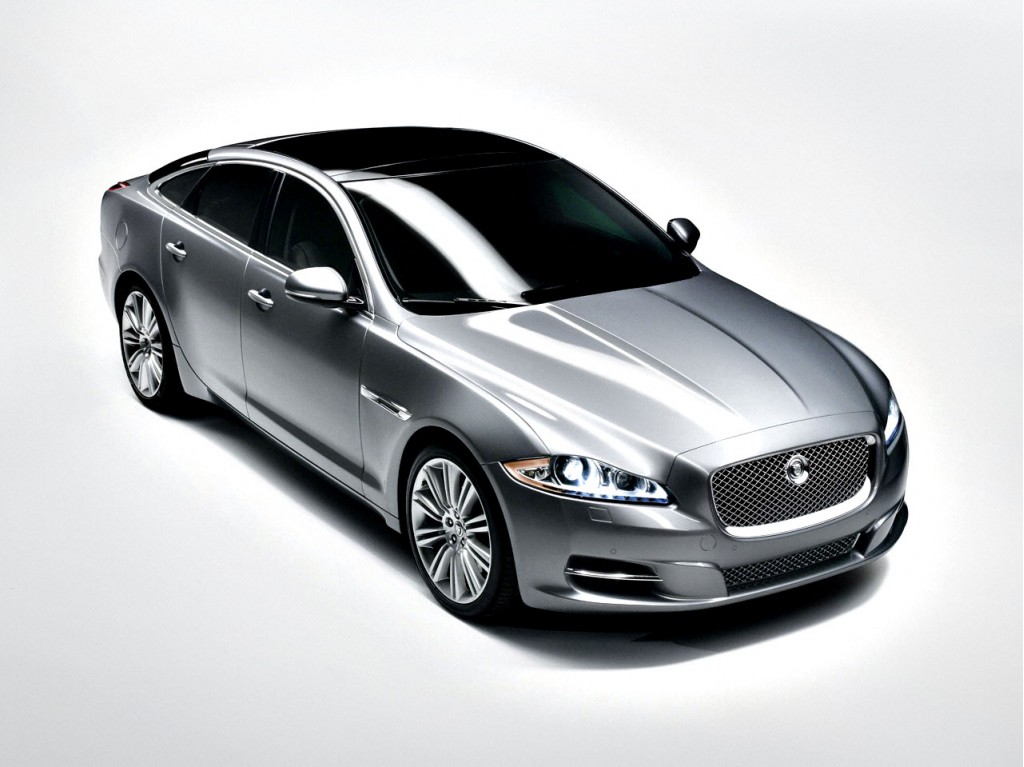 With a "news" embargo finally expired, TheCarConnection.com can bring you all the details and photos on the 2010 Jaguar XJ, unveiled tonight in a glitzy ceremony in London and set for a U.S. debut next month at the Pebble Beach Concours.

The big story, of course, is the divorces behind the scenes: Ford divorced Jaguar and sold it to India's Tata, and this is the first bodacious Tata-funded vehicle to emerge from the British brand since the change of control. The second divorce? From tradition, as the 2010 XJ leaves its stuffy, formal look behind for a racy appeal that underscores its need to be different to survive a brutal downtown in the luxury segment.

The basics: the new XJ arrives in U.S. showrooms early in 2010 in five forms. The base XJ also comes as a long-wheelbase XJL. There's a Supercharged version of both body styles. Last, there's a SuperSport version with a high-output engine, a long-wheelbase body and no doubt, acres of wood, leather and chrome.

Dramatic styling is now the XJ's calling card. The prior XJ looked, of all things, like a Buick LeSabre from the rear. Now it's a mashup of the Aston Martin Rapide, Jaguar's own XF, and some hints of the Renault Laguna. A massive glass sunroof is standard, and opens the nattily attired cabin to more sunlight--which no doubt will glint off all the new chrome and wood highlights. Jaguar's offering a wider palette of interior trim to buyers, so your black-stained, matt-finish walnut could look strikingly different from the XJ next door, and its carbon-fiber trim and leather headliner.

The engines all are based on Jaguar's new 5.0-liter V-8, also found in the 2010 XF sedan. The base version is good for 385 horsepower and a 0-60 mph time of 5.4 seconds; Supercharged cars have 470 hp and a 0-60 mph time of about 5 seconds; the SuperSport tops out at 510 hp and takes 4.7 seconds to 60 mph, all according to Jaguar. Ride dynamics are controlled electronically, shifting paddles and the JaguarDrive Select controller chooses from six forward automatic gears, and big brakes and wheels get even bigger in the SuperSport.

The packaging hasn't changed as much; the wheelbase is identical, and the 2010 XJ is slightly longer than the outgoing car. A large trunk is complemented in long-wheelbase cars with 5 inches more legroom. Safety performance should be excellent, with stability control that loosens the apron strings when Dynamic driving mode is engaged.

High-tech features will set the new XJ apart from its past and from more traditional offerings from Audi and Mercedes. A 12-inch high-resolution screen replaces the gauges with virtual dials; ambient lighting gives the interior a soft glow, which turns red when acceleration and cornering forces rise; there's an optional 1200-watt Bowers & Wilkins audiophile system; and even the standard car has HD radio, Sirius satellite radio, a DVD player, USB connectivity and stereo Bluetooth.

TCC has more 2010 Jaguar XJ photos and a full preview, too. Follow the links below, and stay tuned for video and first driving impressions in the coming months. 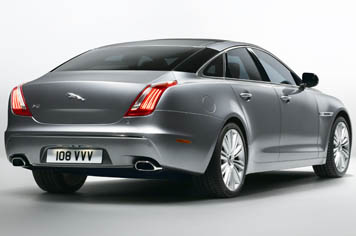