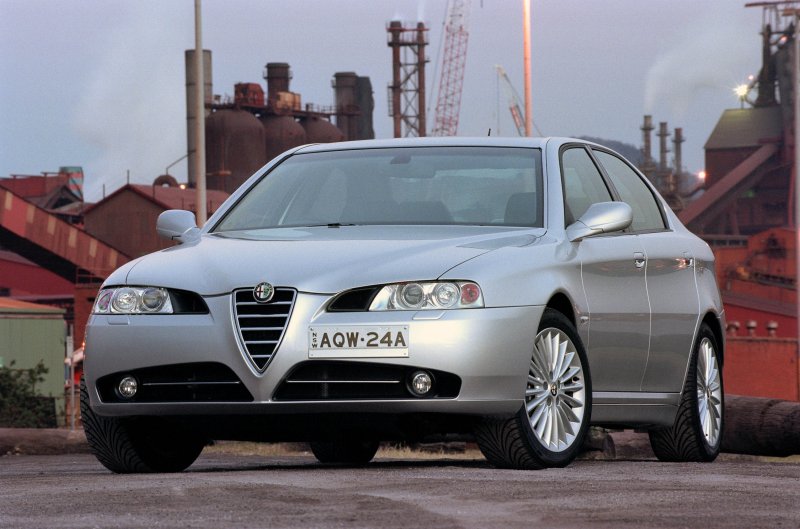 A new, big, rear-drive Alfa Romeo sedan is set to spearhead a U.S. comeback for the Italian brand--and it'll do it on the coattails of the 2011 Chrysler 300.

Motor Authority reports that the plans for Chrysler and Fiat's new attack on the U.S. market will be topped by a new rear-drive sedan for Alfa Romeo that's going global. The new Alfa--possibly dubbed the Milano, though the name applies to a smaller car across the Atlantic--will get a quick development cycle and could appear as early as 2012.

Chrysler and Fiat are working on product plans as they integrate development of vehicles from the far-flung corners of their new global empire. Last month, Fiat won U.S. approval to take a minority stake in Chrysler, in exchange for giving product and technology help to the ailing U.S. automaker.

The first fruits of the collaboration will come late next year, when the charming Fiat 500 shows up in Chrysler/Dodge/Jeep showrooms. It will be the only Fiat-badged vehicle sold in domestic showrooms; from there, Fiat plans to relaunch the Alfa Romeo brand Stateside while it also reinvigorates the Chrysler/Dodge/Jeep lineups with new vehicles spun from Fiat platforms, and with vehicles newly developed for both companies.

With the new big sedan, Fiat hopes to give Alfa Romeo a range-topping sedan, something it's lacked since the Alfa 166 shown here was discontinued. The new sedan will carry the underpinnings of the next Chrysler 300, due as a 2011 model. Both vehicles also will share a new range of V-6 engines developed by Chrysler and Mercedes-Benz, when those companies still were linked financially.

The Alfa version could offer coupe-like styling and a smaller body than the hulking Chrysler 300. And it could also share an assembly line in Ontario, Canada, where Chrysler now builds the 300, the Dodge Charger and Challenger.