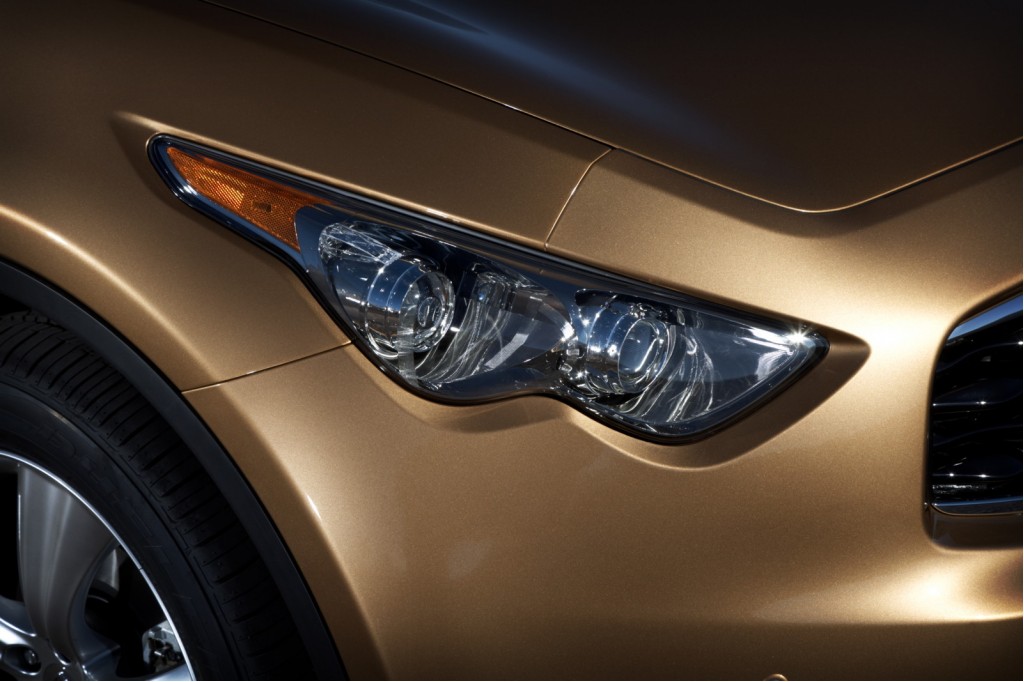 The last-generation (2003-08) Infiniti FX wasn't just a blast to drive; especially when it was first rolled out, it quite simply had the hottest, most low-slung look—even when compared to other performance SUVs like the Porsche Cayenne.

And that trend-setting styling has aged uncommonly well; pull up to one of those early model-year FXs in a brand-new 2009 Infiniti FX35, as we did on a trip for groceries, and you might just be second-guessing yourself; in some ways the outgoing FX still has an uninhibited design that hasn't faded—a statement of coolness without trying too hard.

The main issue with the even curvier new styling given to the 2009 Infiniti FX is that it's also just a little more cluttered—especially inside. Mostly for this tester it's the queasy waves that run through the instrument panel. The new design feels more whimsical than opulent and assertive and reminds TheCarConnection.com more than a little of some of the themes used in the new Nissan Cube, where areas of the dash are recessed like individual positions in a Jacuzzi tub and wrap around like the rim of the tub into the door panels, much like what we see here in the FX. It works well in the Cube's far-out interior, but in the FX it just feels a little overwrought—and too splashy for Infiniti buyers to appreciate. 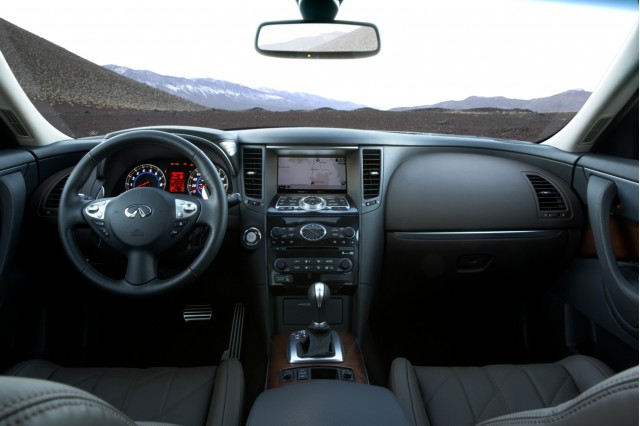 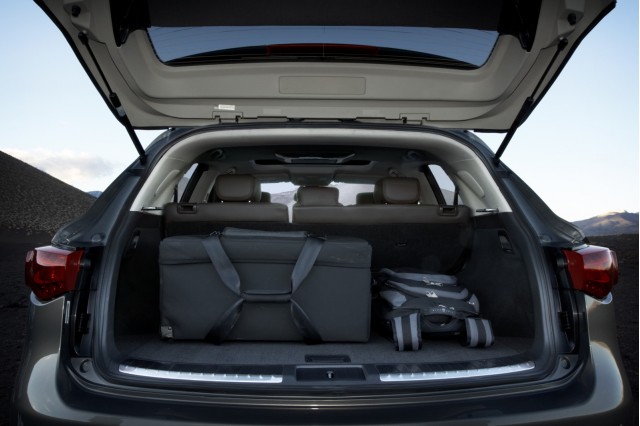 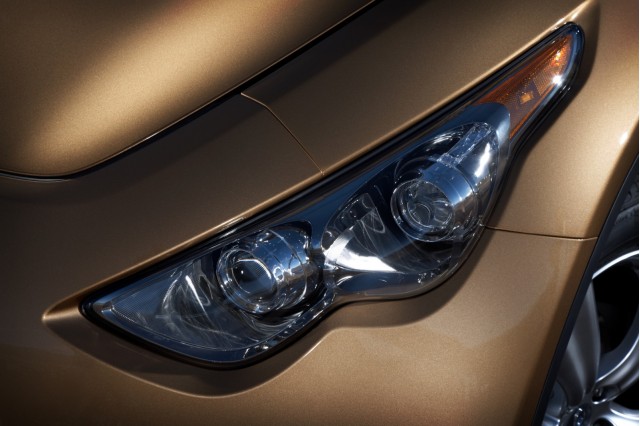 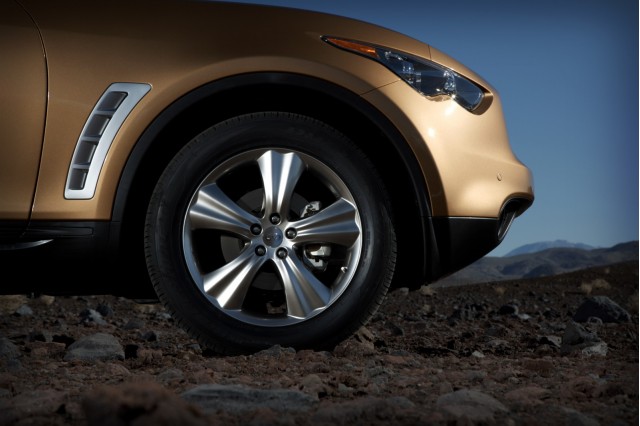 However the materials in the new 2009 Infiniti FX35 are clearly a step up from before in look and feel—and near the front of its class. It feels rich and elegant inside, and we love some of the lesser details in the new FX35, including the upgraded trim, the criss-cross stitched pattern of the firm sport seats, and the new steering wheel design that includes friendlier controls and good, thick grip.

Taking a step back from the outside, there's also a bit more busyness. The ducts at the back of the front fenders, just behind the wheel wells, are all too trendy with designers and often end up looking awkward (as in last year's Ford Focus), but they work quite well here even though they serve to clutter an otherwise clean look. We like the look of the grille, which has been lowered a bit and given a fresh new pattern; overall it's more aggressive and better matches the curvy hoodline and arched roofline. But we're less convinced about some of the other new details, like the rippled headlight and taillight designs.

Despite the FX35's relatively tall ride height, you tend to sit rather low in it and see the bulging hood ahead. You'll likely adjust the rake of the steering wheel downward compared to how it would be in other SUVs and crossovers, and settled into a pleasant driving position that's way more carlike than is typical for this class.

For those who plan to carry much cargo behind the back seats—or even behind the front ones—the FX still isn't a great choice. The load floor is high, and the rake of the hatch and back window is somewhat limiting. Back seats also are tough to get into with the arch of the roofline in the way, but once you're in there's just enough space for two adults.

And once you start driving, it's all good news. Our test 2009 FX35 had rear-wheel drive (AWD is optional), and its 303-horsepower, 3.5-liter V-6 brought more than adequate acceleration, with quick shifts from the seven-speed automatic transmission. All FX models get magnesium paddle-shifters alongside the steering wheel; flip through the gears with them and downshifts are extremely quick. If it weren't for the sound, the V-6 feels as torquey off the line as a V-8. Those who want even more power can opt for the FX50 and its 390-hp, 5.0-liter V-8, though the FX50 comes only with AWD.

No matter which FX model, steering feel is about as communicative as it gets in a utility vehicle, and brakes are firm and responsive but not touchy. The 2009 Infiniti FX35 handles well—really well for a taller vehicle—and weighs just 4,094 pounds, but buyers should beware that the FX50 weighs nearly 500 pounds more than the base FX35. Although TheCarConnection.com hasn't yet driven the FX35 and FX50 back to back, this reviewer did with the last-generation FX and noted that the FX35 felt more balanced in hard corners, and more nimble in general, than the former FX45—possibly a reminder that the V-6 model has a better weight distribution.

All the while, the FX has great poise without feeling tanklike, and a ride that's firm without being at all jarring. And unlike Infiniti's G and M sport sedans, the FX's interior doesn't become much noisier on coarse road surfaces.

There's no question the 2009 Infiniti FX is even more enjoyable to drive than before. It really is still cool, too; it's just trying a little harder.