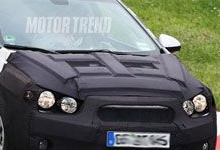 The smallest Chevy, the 2009 Chevrolet Aveo, is a Korean design that's built in that country and exported to the United States. But now it looks like the Aveo's replacement, the 2011 Chevrolet Viva, could be built at a General Motors plant in Orion Township, Michigan.

At the start of June, GM chief executive Fritz Henderson said the company would build an unnamed compact car at a shuttered U.S. plant. That vehicle is almost surely the Viva, also designed by Korean affiliate GM-Daewoo.

We reported in early June that the Viva was likely to be built in Orion Township, and now GM confirms the Orion plant will build a new GM small car for the U.S. and other markets. GM has not confirmed if the Viva, or if the 2011 Chevrolet Spark, will be the car built at Orion.

Regardless, the Spark and the Viva will face a newly competitive category of subcompacts. Leading the pack is the Honda Fit, a top-rated vehicle here at TheCarConnection. It'll be joined by the 2011 Ford Fiesta, which will we liked on our first test drive of a European version.

But the Viva isn't the only small car that'll be built in North America. The 2011 Ford Fiesta will be built at a plant in Mexico, and the 2011 Ford Focus compact will be made in Wayne, Michigan, including a fully electric version of that car that will compete with the 2012 Nissan EV to be unveiled within months. 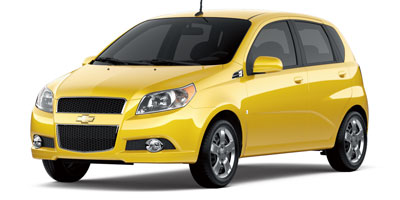