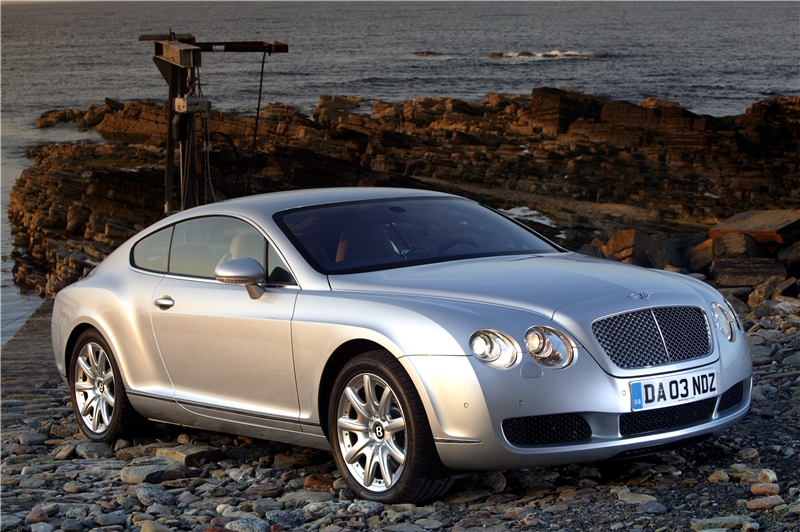 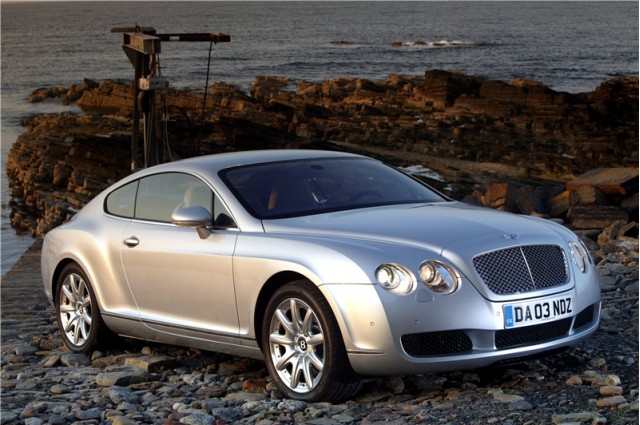 It's a clash of the Titanics: two hefty German-engineered two-doors battling it out for bragging rights in the mortgage-priced coupe class.

In this corner, the Bentley Continental GT, weighing in at a staggering 5500 pounds. It's a steamer locomotive of a coupe, though, with a twin-turbo W-12 engine pumping out more than 550 horsepower--and that's before you tune it to Speed trim, or shear off the top to make it a Conti GTC. At a base price of $179,200, this British bomber has a Volkswagen-engineered heart, four-wheel drive, a big appetite for fuel and an uncanny way of feeling like the cigar bar at the Ritz-Carlton, if you could hurl it into the atmosphere without spilling a drop of cognac.

In the other corner, another German two-door with unparalleled road-covering capability. Here, it's the 5000-pound Mercedes-Benz CL-Class, and instead of one drivetrain, it comes with your choice of four--two different V-8s or two different V-12s, with an automatic transmission and rear-wheel or all-wheel drive. It's less bespoke than the Bentley, but the suave good looks wear well in any season--and there's enough technology wadded up inside to launch it to speeds that match the Bentley, tenth of a second for tenth of a second.

Which one oozes luxury just as copiously as it pegs performance needles? This comparison from TheCarConnection.com should put an end to the Benz CL vs. Bentley Continental GT debate--or keep it going.

But first, the basics: 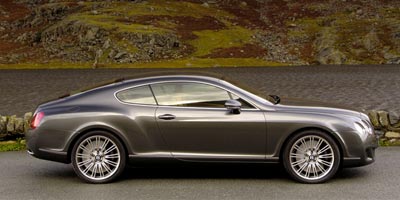 The 2009 Bentley Continental GT scores points on most every front, starting with its coupe silhouette--a winner--and the lush woods and leathers and chrome finishes that decorate its cabin. It looks imposing; TheCarConnection.com's editors think the massive fenders and their crisp pleats play well on the roofed version, more so than the similar Continental GTC convertible. The 552 hp of the standard car is overwhelming; in 600-hp Speed form, it's shattering, with a cardiac lope at idle and a marvelous whirring engine note. All-wheel drive is standard, as is stellar construction quality.

Less marvelous: for starters, the abysmal fuel economy of 10/17 mpg. This is a heavy, heavy car, at 5500 pounds, and its weight plus all-wheel drive give it a more detached driving feeling than most superluxury cars, and light steering amplifies that feel. Its range of interior features is vast, but we think the navigation logic needs some rethinking--and the optional Naim audio system should let drivers choose tone qualities, instead of leaving them behind some hidden studio door inside the Bentley's wood-trimmed console, out of electronic reach.

TheCarConnection's Bottom Line?  With panache to spare, the 2009 Bentley Continental GT also has an appetite for speed—and fuel—that’s unrivaled among four-seat coupes and convertibles. 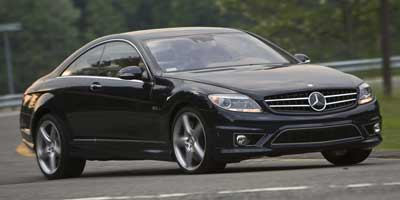 The Mercedes-Benz CL-Class goes toe to toe with the Bentley Continental GT in mission, but it's all over the map in performance and price. "Base" V-8 versions start around $100,000, but if you go silly with engines and options, you'll spend about as much as the ritziest Bentley GT. There's plenty to love in the CL's cleaner shape, but it is less arresting; the same goes for its paneled but complex dash, filled with buttons but endowed with rich look and feel. The technology alone would keep Steve Wozniak debugging away for weeks, and the multi-contour seats would ensure his comfort, too. The CL's undeniable heft, handling precision and smooth ride are star features in a class of very few dropouts.

Still, the CL-Class isn't much suited for carrying four adults. Like the Bentley, it's a tussle to get into the back pair, though a center console and lots of wood will leave the humidor set happy. There's not that much room in back to justify the clamber, anyway. The technology's a marvel to have, controlling the seats and audio and climate control, but accessing all those features through buttons and wheel controls can grow tiring, quickly. And for all its mechanical complexity and ultra-luxe features, the CL-Class simply can't match the British ethos of high-end design. The wood's just wood--not a calling card, as it is in the Continental GT.

TheCarConnection.com's Bottom Line? If you want a coupe with it all—high performance, luxury, elegance, and some of the world’s top technology—the 2008 Mercedes-Benz CL-Class is it.

It's close, but the Bentley Continental GT simply carries more character with its $200,000 pricetag than the amply endowed, and often less expensive, Mercedes-Benz CL-Class. The Benz CL might offer "recession-priced" base versions, but it doesn't have a convertible companion--and in all cases, it's more staid, more reserved. With a truce called in performance, the Bentley GT trumps the CL with affable British charm inside, a multitude of custom trim options, and like it or not, a plot of cultural mindspace that's caused everyone from Paris to Britney to sign the dotted line. Conservatives might unite behind the Mercedes, but the Bentley Continental GT wins a flashy match with uncommon British style.

Simply put, there isn't any. If you're shopping for four seats with this kind of price tag, you might sample a Ferrari 612 Scaglietti. Anything less will seem downmarket.

You can view this comparison chart at our Compared: Bentley Continental GT Vs. Mercedes-Benz CL-Class page.

Also, you can compare cars of your own choosing at TheCarConnection.com. Just stop at our car comparison page, select your choices for vehicle type, price range, model year, and brands, and then choose up to three to compare on a single page.