Jaguar XE Roadster: A Hybrid In The Works? 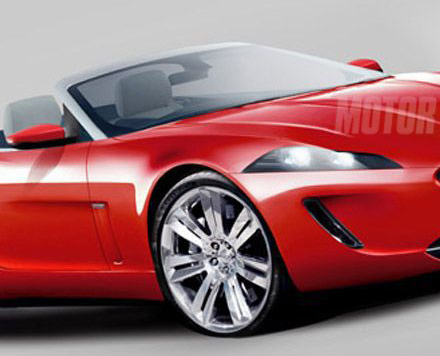 It'll be at least two years before the Jaguar XE roadster makes its debut, but here at TCC, many of us are already giddy with anticipation. That's partially because, hey, it's a roadster--and who doesn't like those?--but also because rumors have begun circulating about the possibility of a hybrid option in the works.

Of course, the vehicle hasn't left the drawing board, and there's still a lot of R&D to be done. Given the volumes of market research, expense analyses, and everything else to come, there's a distinct possibility that hybrid technology could get left behind as the XE moves further down the production line. However, at the moment, there's healthy discussion of beefing up the Jag's expected 5.0-liter V8 options with a new variation: a three-cylinder combustion engine mated to a lithium-ion battery pack.

It's unclear how this extended-range configuration would work in practice, but given the industry's push toward plug-in hybrids (and the governmental incentives encouraging them, both here and abroad), we'd be surprised if the Jaguar XE roadster didn't make use of that technology. Which could give the Tesla Roadster and even lower-end models like the VW BlueSport Roadster (which may or may not see the light of day) a zippy run for their money.