Connect with our dealer and finance partners through our site and ask for details regarding their at-home car buying services.
OK
HomeNewsDriven 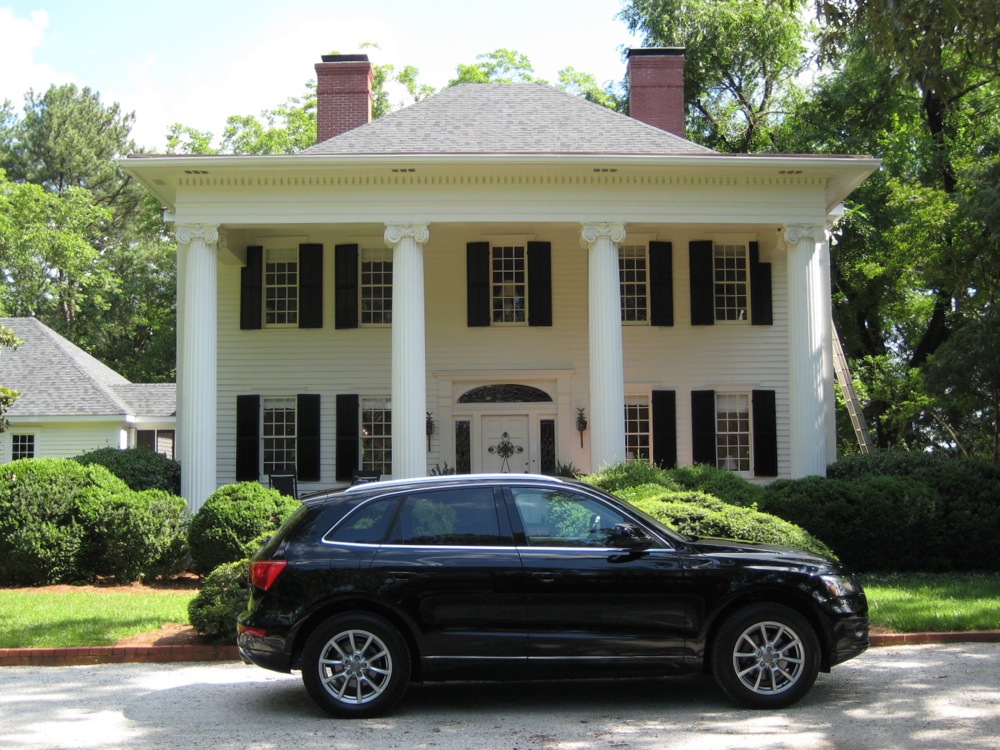 Why's the 2009 Audi Q5 the highest-rated compact luxury SUV here at TheCarConnection.com--and even so, why does it get different scores from its 2009 Audi A4 stablemate, when the two share a drivetrain combination, all-wheel drive and lots of other under-the-skin pieces?

Answers to those questions come from our hands-on road tests. We finally scored an Audi Q5 this past week, and after hundreds of miles cruising Georgia countryside and wandering into Hazzardous territory, we found out the Q5's very nearly the best in its class--pending a deeper look at the new Cadillac SRX.

The Q5 received a score of 8.4 out of 10 from our editors, with a perfect 10 in safety and a 9 for features. In its class, the Q5 tops the likes of the Mercedes-Benz GLK and BMW X3, its most direct competitors, while tying the Lexus RX 350 and topping trucks like the Volvo XC60, Land Rover LR2, and Acura RDX.

How does it come out in first place? Hands-down, the Q5 is one of the most attractive utes in its class, along with the Cadillac SRX and Volvo XC60. It's also one of the best performers, with 270 horsepower pushing it to 60 mph in under 7 seconds. With optional Driver Select assistance for steering, shift quality and ride comfort, it's a little too adjustable, but the Q5's essential goodness isn't ruined by too much techno interference. Comfort and seating are high points, and quality of materials is very good--and the Q5 scored five stars in federal crash tests, on its way to a "Top Safety Pick" honor.

And yet, the Q5 doesn't score as well in performance as the 2009 Audi A4, which also offers Drive Select, the same V-6 and a six-speed automatic. For now, the A4 simply offers a wider range of driving options: a turbocharged four-cylinder version is available, unlike the Q5, as is a manual transmission. Not only do those options lower the cost of entry, our editors also tend to prefer Audi's turbo fours to their six-cylinders, for flexible power and much better fuel economy. Along with the limited performance palette on the Q5, there's the simple fact of physics: its greater curb weight and 7.9 inches of ground clearance leave it with less deft dynamics than the sedan. The four-door sits lower and feels more agile as a result. That said, we're keen to get into a non-Drive Select Q5 or A4, to see how well its standard suspension setting stacks up against the adjustable, electronic option.

We're also waiting for the day Audi puts its brilliant dual-clutch gearbox (DSG) in these cars. New versions with seven speeds instead of six are in the pipeline, and for both the Q5 and A4, the DSG would align these vehicles better with Audi's sporty image.

You can read more of our full 2009 Audi Q5 road test, but we've already taken the next step and compared the Q5 with the BMW X3 and Mercedes-Benz GLK.

Next up? We'll pit the Q5 against the 2010 Cadillac SRX to see which small luxury SUV will keep the top ranking for the 2010 model year.