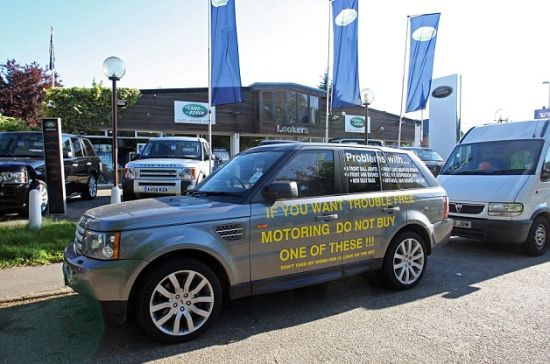 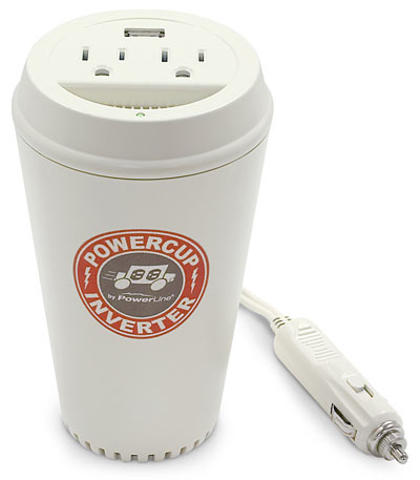 ♦  Hate your car? Tired of making endless repairs? We've all been there. However, few of us have taken the ballsy step of plastering our car with lettering like "If you want trouble free motoring do not buy one of these!" and parking it in front of a dealership--but only 'cause we never would've thought of that.  [DailyMail via AutoMotto]

♦  Slumping car sales? Too many brands, not enough buyers? Government bailout? It's all been done before. Here's an interesting recap of the U.K. bailout of British Leyland in the early 1970s--because you all look far too young to remember such things. [NPR]

♦  Huzzah! One century ago, Alice Ramsey became the first woman to drive across the U.S. Not only were the cars a pain to drive, but there weren't even any Stuckey's. [DetNews]

♦  Someone smarter than us once said that the future was in plastics. These days, he'd have to say video games. Sounds a hell of a lot more fun, doesn't it? [AutoWeek]

♦  Power inverters are handy gadgets to have around in case of daiquiri microwave laptop emergencies and such. And now there's one that fits in your cup holder. Bonus: it looks like a cup. [ThinkGeek via BoingBoing]

♦  Believe it or not, we have some shortcomings. For example, we cannot knit. Many of us suck at bowling. And even fewer would be able to recover from a motorcycling predicament like this. We'll try harder in the future. [Autoblog]