Connect with our dealer and finance partners through our site and ask for details regarding their at-home car buying services.
OK
HomeNewsPebble Beach Concours d'Elegance 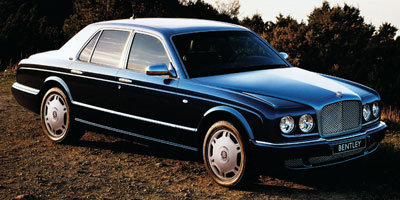 Bentley waved goodbye to its Arnage sedan last year with a Final Series, and now the Volkswagen Group ultra-luxury brand may be ready to reveal its plans for an Arnage replacement--at the annual Pebble Beach Concours d'Elegance.

The Arnage replacement, reports a Dutch Web site, will be shown in Monterey this August, as the classic-car world convenes for the richest automotive weekend on the planet. They offer no details on what the new vehicle may look like, or what powertrains it may offer.

Other sources speculate the new version might be pitched at a higher price point than today's car--which would make it a direct challenger to the 2009 Rolls-Royce Phantom, at a time when a new Rolls-Royce Ghost is preparing to take on the Bentley Continental Flying Spur head to head. The British brands were once part of the same automotive group, but these days Rolls is BMW-owned, and Bentley controlled by VW/Audi.

We expect an aluminum space frame car will replace the Arnage--just as the Phantom has acquired lightweight construction techniques. The aged Bentley 6.75-liter V-8 will likely be ditched for a new V-8 with similar displacement, and an eight-speed automatic transmission is a good bet. In all, the Arnage may be a little less distantly related to the forthcoming 2010 Audi A8 than before.

In the meantime, the Arnage Final Series sports that same V-8, with 500 horsepower acquired through twin turbochargers. You may still be able to get one, but hurry.