Connect with our dealer and finance partners through our site and ask for details regarding their at-home car buying services.
OK
HomeNewsTata 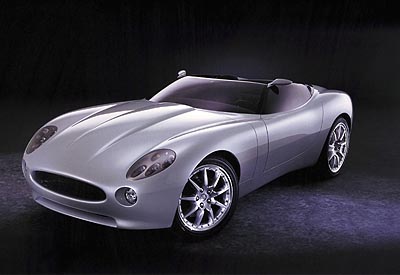 Jaguar may be planning a smaller coupe to pair with its gorgeous 2010 XK range, but will the new purported "C-Type" be real competition for the likes of the Porsche Boxster?

The rumormill in Great Britain has coughed up illustrations of something passably sketched as a new Jaguar C-Type coupe, based on the current XF sedan. Britain's AutoExpress magazine says the C-Type will take Jaguar "into uncharted – but potentially very successful – territory."

Jaguar has been studying smaller coupes: in 2000 they showed an F-Type concept (seen above) that won praise at the Detroit auto show, but the project was buried even before 9/11 triggered a recession in the U.S. A coupe version of the Jaguar XF sedan has long been speculated, but Ford's sale of Jaguar came in the way of any official announcement since last year.

The new coupe--if it's for real--would be pitched as competition for the Porsche Boxster, BMW Z4 and Nissan 370Z. It would be rear-drive and would have a base price of less than $50,000. Engines would be drawn from Jaguar's current lineup: a 235-hp V-6 could be offered, with high-performance models adopting the new 5.0-liter V-8 making its way into the 2010 Jaguar lineup.

At the earliest, the new Jaguar coupe and roadster wouldn't appear before 2012, since the company is preparing the launch of its new 2011 Jaguar XJ sedan.