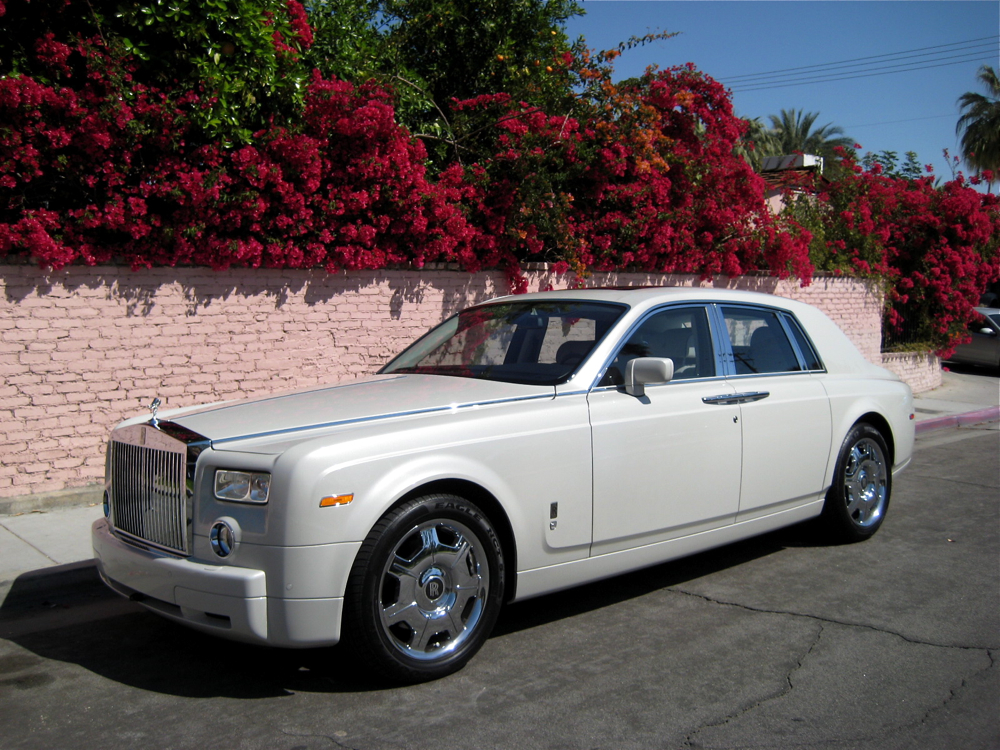 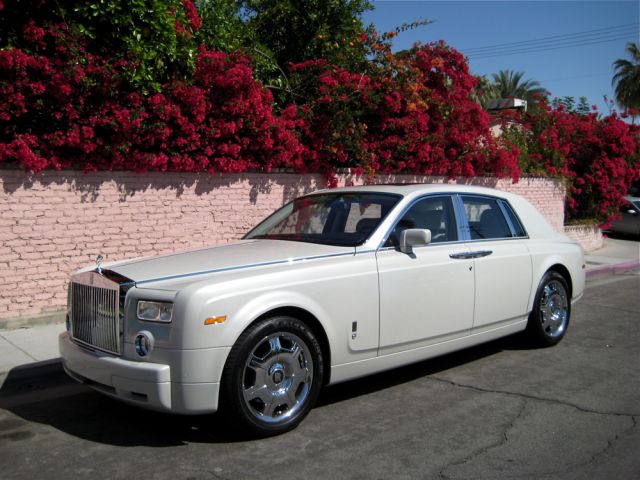 It’s 19 feet long, which means it would not fit in the master bedroom in my admittedly 1990s-era McMansion. It’s also $438,330, which means it’s not that much less expensive than said home, not to mention easily the most expensive test car I’ve ever tested or driven.

So when it came time to fetch the 2009 Rolls-Royce Phantom from the parking space at LAX and strike out to uncover more about its driving dynamics, comfort and quality, I took the safe route—first, by merely sitting in its cabin and soaking up the irregularly placed controls to get familiar quickly, and then by carefully proceeding east on major freeways until I cleared the land of ratty Honda Civics aiming to break off its Spirit of Ecstasy hood ornament as a sort of road-rage trophy.

I ended up, well past midnight, in the one place an ultraluxury barge like this might feel at home: Palm Springs. As white as the belts and shoes selected by many of its equally “traditional” residents, the Phantom felt naturally composed cruising around Palm Springs’ wide boulevards, docking in its big senior-citizen-sized parking spaces, and rolling down the main drag in full reflectivity mode, all its chrome details dazzling bystanders into yet more cataracts and into believing I’m Liberace’s love child. Which I’m not. 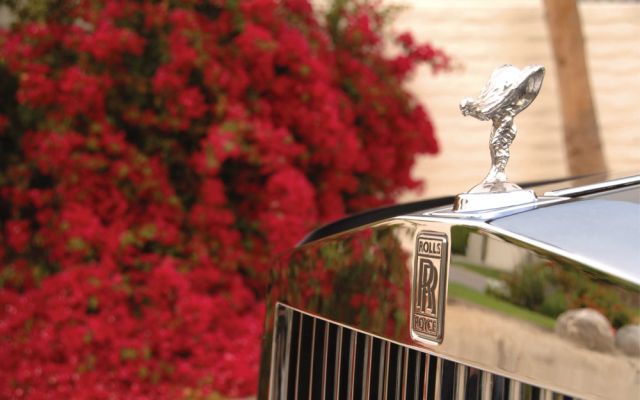 It’s easy to be mistaken for that biological impossibility behind the wheel of the Phantom. Nothing so baroque exists in the auto world any more, now that Jaguar’s gone all techno and even the Russians are getting some lessons in tasteful coachbuilding. The Phantom’s caught in an odd moment in time, however. Paying honor to traditional grilles and winged hood ornaments (she rotates out of sight, causing my own moment of ecstasy) and fat roof pillars, the Phantom also tries to work in the regular geometric shapes of a Mondrian on its front end and its dashboard. The classic details end up being more convincing than the hipper pieces, especially inside, where a lovely analog clock runs away the minute you ask for directions, replaced by a generic-looking navigation screen. Maybe the changing of the royal guard at parent company BMW’s design studios will craft a more integrated look for the Phantom’s companion small sedan, the Ghost, when it arrives next year.

Performance is capable, as you’d expect from a BMW-engineered machine. The Phantom’s sheer mass dictates the driving program at all times. You’ll never feel so uncomfortable as dialing the hula hoop of a steering wheel into an exit ramp and mentally shearing dollars off its net worth and your own, as you try to gently prod its performance envelope. The Phantom’s clearly capable of a lot of motion—it can hurtle 6000 pounds of mass to 60 mph in 5.7 seconds--but you wouldn’t ask Fergie to breakdance and you wouldn’t risk your AAA credit rating to scrape the Phantom’s proud body panels, either. In other settings--say, clipping along at 100-mph-plus on the freeway—the Phantom shows off its breeding by responding with supple V-12 power and invisible gearchanges and a pillowy ride. Credit all the BMW-sourced gear underneath, from the 453-hp V-12 engine to the electronic shocks and multi-link suspension.

Comforts are plenty inside the Phantom, while the quality’s overwhelming. The front seats offer up majestic perches for driver and companion, hired or not, and sit high enough to offer a perfect view of the Ecstasy ornament. Also, you can see other cars well enough to predict their erratic moves, which became more and more useful as I looped Palm Springs shamelessly in search of instant respect. The rear seats are even more spectacular; minus the driving controls, there’s room for picnic tables and enough legroom to cross at the knee even when they’re lowered from the backs of the front seats. Rising to the top of the Phantom experience: its cashmere and leather surfaces, the sheets of veneer applied everywhere but the windows, the chrome ladled over buttons to give them the cool heft all cars used to possess. Even in “base” form, the materials are regally chosen and applied. 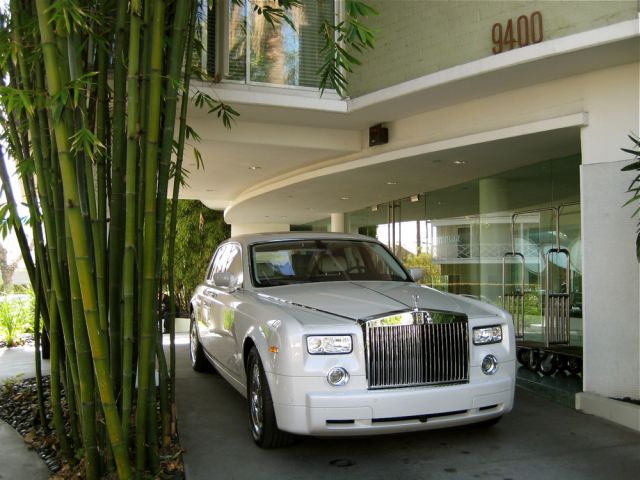 Aside from walnut and maple and chrome and hides, the Phantom’s decked out for sultans and Speidis alike, with automatic climate control, a sunroof, a Lexicon audio system. From there, things go from sublime to ridiculous. You can choose wooden door caps, a lovely touch, or order built-in drink cabinets for the back doors. At $14,600, it’s cheaper just to hire a driver to take you to New Orleans and have that Sazerac topped with gold leaf. The usual satellite radio, Bluetooth and DVD screens are fitted, too—but you’ll have to pay for blingy 20-inch wheels or pinstriping or, say, custom-tanned leather seats the shade of George Hamilton. You can ring the bell past the $438,330 sticker on our Phantom tester, easily, but who’s going to write that second mortgage?

By sunset, the stares and pointed fingers and the urge to wear something supportive had grown overwhelming. I motored out of Palm Springs suitably admired by onlookers, and more than ready to return the Phantom to safe shelter, away from all the careening cars on California’s least well-driven freeway. Which is all of them. Arriving back at LAX, I decided the Phantom’s the perfect car for many occasions. And decided it’s a pity most of them are coronations and Oscar nights.

You can read our full road test of the Phantom here, and find more photos, specifications and pricing information at our 2009 Rolls-Royce Phantom page.