Strange Bedfellows, Part Deux: Will Fiat Turn to Peugeot Instead of Opel? 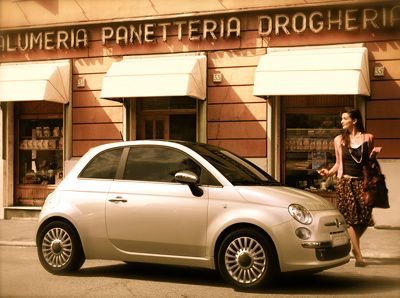 On a day when General Motors filed bankruptcy and Chrysler found its way almost entirely out of a quick Chapter 11 filing, news of yet another possible automaker tie-up began to float.

This time, Fiat's turned its attention--possibly, according to Britain's Autocar--to PSA Peugeot Citroen, as it seeks a critical mass in the global new-car market.

This time last week, Fiat tried to link itself with GM's Opel/Vauxhall divisions. All signs pointed to a grand cooperation between the former partners in Detroit and Turin--until Fiat CEO Sergio Marchionne suggested jobs would have to be cut at a big Opel plant in western Germany. Soon enough, objections to a Fiat takeover of Opel grew, giving contract manufacturer Magna International the opportunity it needed to slip in between GM and Fiat. During today's GM bankruptcy briefing, the automaker released a statement pointing to a memorandum of understanding between the Detroit automaker and the Canadian-based car manufacturer.

With Fiat out of the Opel running, Marchionne's said to be looking for yet another partner to feed his ambitions. The new target, according to Autocar, is Peugeot, the French car company that's already allied on certain projects with Fiat, Ford and BMW/MINI. Sounding a bit bitter, Marchionne said: "“If the Opel transaction is not available to Fiat, life will move on. We’ll just be focusing on what we have.”

Marchionne wouldn't say anything about a Peugeot tie-up, but while losing Opel, Fiat and Marchionne also likely lost interest in GM's European operations and its Saab brand. Peugeot and Citroen would make a good fit for Fiat, minus the international reach--but the French automaker is notoriously suspicious of deep alliances.

A Fiat/Peugeot merger would create Europe's biggest automaker, and would give the companies a way to jointly develop smaller cars while fueling growth to luxury brands Alfa and Lancia. And as of today, the brands would have thousands of American showrooms for their vehicles--the Fiat 500 first in Chrysler showrooms, and possibly, a wave of small cars and diesels yet to come.
[Autocar]