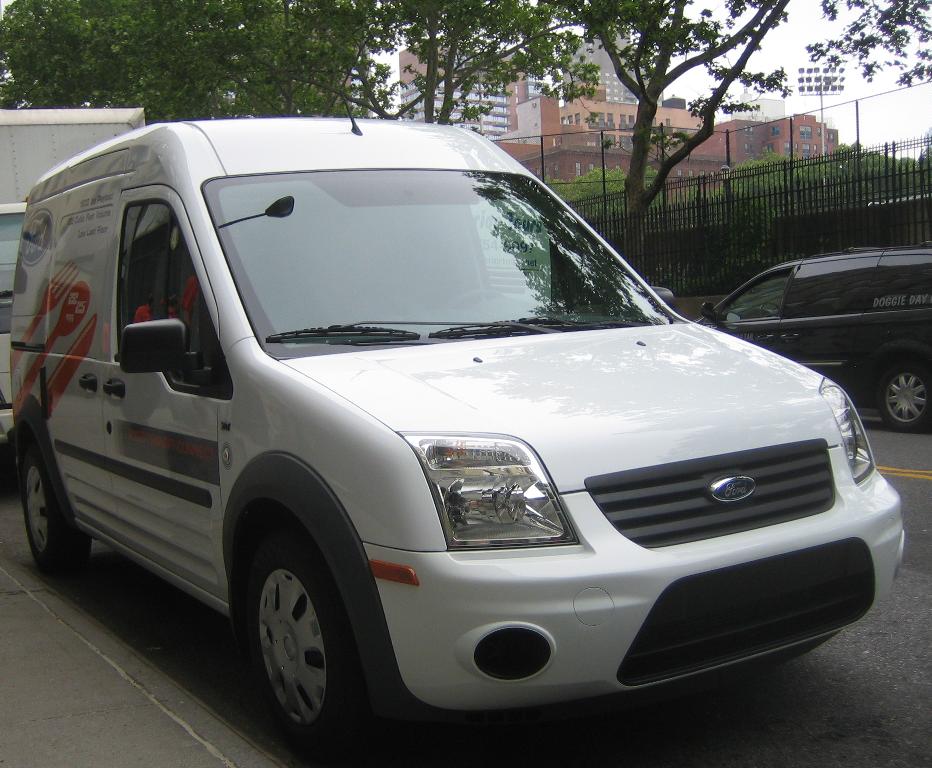 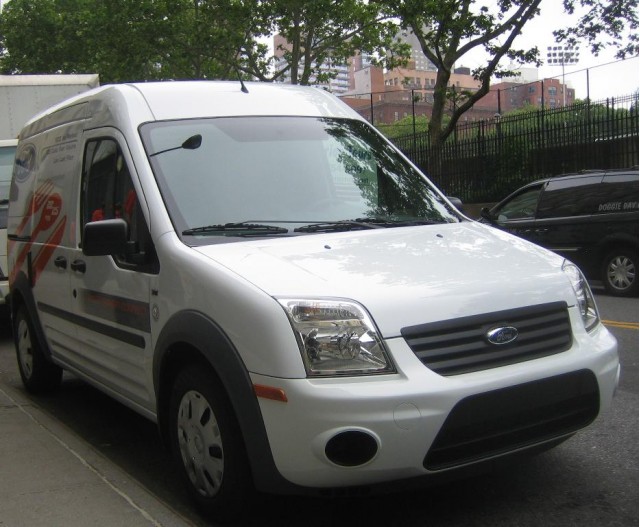 We don't usually break much automotive news here in New York City, unless it's in bankruptcy court (where Chrysler is now, and GM may be next week).

So we took great pleasure at driving a 2010 Ford Transit Connect before our colleagues in Detroit and Los Angeles, which are the more usual venues for automotive test drives.

We have a full Transit Connect drive report over on GreenCarReports.com (because it's, you know, relatively small, and fuel efficient, and all that good stuff). But here's the bottom line:

- Tons of room inside, with a load bay 6 feet long, 5 feet tall, and 4 feet between rear wheelwells. That toasts the 2009 Chevrolet HHR Panel.

- Useful options, like rear load-bay door hinges that open to 255 degrees, with magnets to keep doors anchored to the van-body sides

- The wagon version bizarrely has no rear windows in the van sides, even though they're available in Europe

- Acceleration away from a dead stop isn't particularly speedy, though mid-range power for passing is pretty good

- No diesel option, even though the owner of the small hardware store Ford took us to (as an example of a likely buyer) said he'd really prefer a diesel--Ford says it has no suitable diesel-with-automatic combination, and a manual won't sell in this vehicle

- This vehicle is the real deal, designed for a single purpose, like the original Scion xB (but not the larger, limper, lamer current model)

Overall, we liked the Transit Connect. And there's nothing else like it on the market. Heck, Ford even suggested that likely buyers are still nursing along their 1985-2005 Chevrolet Astro vans.

And if those folks aren't ready for this vehicle by now, no one is.