Toyota to GM: No Hybrid Tech For You! 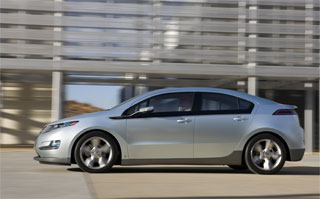 Toyota isn't going to help GM with its hybrid technology. Shocker! But these days anything is possible, and Toyota does have licensing relationships with Ford and Nissan for some hybrid technology, so it's not too far-fetched to be believable.

Earlier today Japan's Yomiuri Shimbun published a story sourced to unnamed insiders that the Japanese car giant was ready to offer its hybrid technology to GM if the ailing American carmaker should ask for it. The report said even bankruptcy would be no obstacle to such sharing.

The premise was that Toyota could somehow corner the global market by getting its competitors to use the same hybrid technology, thereby establishing a global standard for the future.

But Toyota quickly stepped up with an official statement saying that there was no plan for sharing hybrid technology with GM. Given its current state, GM may be saddened to hear the unsolicited rejection, though it has its own plan forward for hybrid technology, including the two-mode system co-developed with Daimler, Chrysler and BMW, plus the technology underpinning the 2011 Chevrolet Volt.

Toyota's own 2010 Prius hybrid is doing just fine on its own, selling 80,000 pre-order units in Japan during its first week--hardly a position that's crying out for sales of the underlying technology to a competitor.