CAFE + Cash for Clunkers: The One-Two Punch to Your Wallet 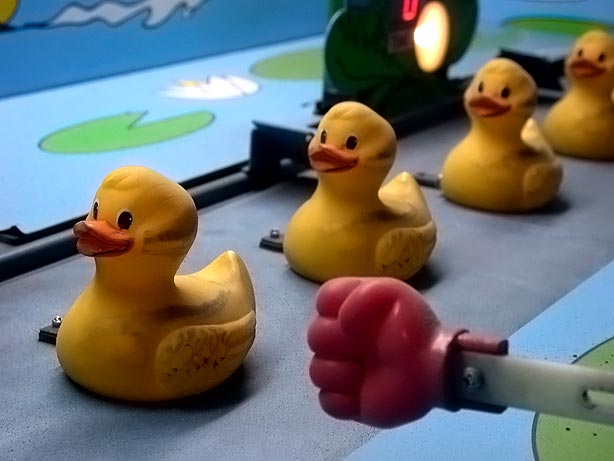 Ready for a Ford Focus that costs as much as a Fusion--or a more expensive used car?

Today's announcement of new fuel-economy regulations by the Obama administration means the price of a new car is going up--and at the same time, used cars might get pricey as well in a one-two punch to consumers.

By the numbers, the new rules mean from 2012 through 2016, automakers must boost fuel economy 5 percent a year until cars average about 42 mpg and trucks, 26 mpg, for a blended average of 35.5 mpg in 2016. The Obama administration says this will have the net effect of saving nearly 2 billion barrels of oil over the life of the new rules, and will cut carbon-dioxide emissions the same as removing 177 million cars from the road.

At the same time, the new rules are guaranteed to cost you more for your next new car. From automakers to politicians alike, all agreet that the new fuel-economy regulations at minimum, will mean an extra $1,300 tacked on the price of new cars, which President Obama suggests consumers will make back in the resulting lower fuel costs. What if it's $2000 instead, despite the car companies' best efforts to rein in costs? Or $3000? And what if gas prices stay under $2.50 for the next five years? Regardless of the scenario,  consumers pay up--and pay upfront for the technology necessary to meet the new standards.

The numbers are tricky. There's no reliable indicator of what things will cost in seven years to be able to predict exactly how much this radical makeover of the U.S. fleet will cost. The only reliable prediction, in fact, is that it will cost more--simply the cost of developing low-consumption new cars and advertising them to an uncertain public.

More involved is the dynamic for used cars. On the one hand, used-car prices are sure to rise as consumers can no longer buy a brand-new Chrysler 300C or Cadillac STS--as those companies get out of the big rear-drive-car business and shift their product mix heavily downward in size and engine output, some will opt instead to buy used and see how the new cars size up later. Since there will be a shortfall of new models as automakers spin on their heels to meet the new rules and to change American tastes roughly overnight, there will be a resulting shortfall in used cars as well. Shutting down production of bigger new cars now means fewer of them for sale later--and at the same time, more of you will want recent-model used cars that are bigger and safer on average, when compared to what you'll be offered in 2016.

Also pushing used-car prices higher: proposed cash-for-clunkers legislation. While some think it's yet another sop to the rich, giving a credit to people who can afford new cars, cash-for-clunkers deals also pull used cars with some value off the market. According to the Detroit News, under a plan still wending through Congress, drivers who turn in a car getting less than 18 mpg and purchasing one with fuel economy better than 22 mpg would get a voucher for $3,500 to $4,500 off a new car. Those incentives might very well take good used cars off the market for families that need low-cost used transportation.

Whatever the end result, the car of the future will look a lot less like today's Chrysler 300 and Ford Crown Victoria and a lot more like the 2011 Chevrolet Volt and the 2011 Ford Fiesta. Of the roughly 300 models sold in the U.S. today, about 130 meet a 30-mpg standard--not the nearly 40-mpg goal that will be required to blend with truck requirements and meet an overall goal of 35.5 miles per gallon, but probably within technological reach. It's the cars in the vast gulf in the middle--the Chevrolet Impalas, the Ford Tauruses and the Toyota Avalons of the world--that have an extremely cloudy future as a result of the new standards.

President Obama's new fuel-economy rules are a Solomonic solution to a vast legal and moral and ethical question of how to wean ourselves from imported energy. It's not a permanent fix, though. While the Alliance of Auto Manufacturers suggests that the new rules will end the debate between states over who sets air-quality standards, there's no legislation to back that up. Any future governor of California could seek a 50-mpg standard, or 100-mpg standard--and then we'll be back where we are today.

It all comes down to CAFE. Badly written from the start in 1975, CAFE is at best, a fig leaf for Congress to hide behind while it declines to make us all pay a universal carbon tax that tapers our desire for energy from crude oil and points out the cost of national defense, dollars to donuts. Obama's update of the policy solves a couple of political problems, but it doesn't change the basics of a poorly written set of rules that now are poised to nail car shoppers in both directions, new and used.