Volkswagen-Porsche Merger At a Standstill 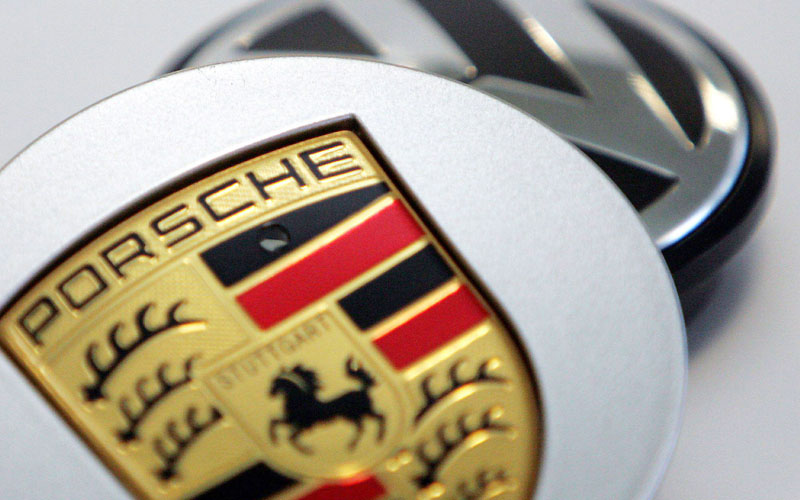 Another day, another meaningless attempt at merging between Volkswagen and Porsche, two automakers who are starting to get on our nerves with talks of a get-together and are starting to make us think maybe they deserve each other.

Early this morning, Volkswagen stomped off from merger talks with Porsche, as the companies tried to end a stock standoff initiated by the Stuttgart-based sportscar maker that dates back to 2007. Porsche's been trying to take over Volkswagen by buying up stock in the company, while VW's trying to use German law to keep itself in charge in the relationship.

Volkswagen, according to Automotive News, is uncomfortable with the amount of debt Porsche has amassed as it's made a run for the larger automaker. Until it gets some accounting satisfaction, all bets are off, so says the senior company.

So in brief, since we're losing patience, the whole story in High School Musical terms--since it's turning so very high school:

Porsche has been trying to use its popularity to make Volkswagen totally go out with it, which would suck if VW weren't kind of interested in Porsche and needed a date to keep Fiat from calling. Porsche made the date and said it would pick up VW and take it to the movies but only if it could pick the movie and the dinner place. Volkswagen texted all its friends in the German government and in the state of Lower Saxony and said, and we're paraphrasing here, "no way, I'm the hot one, I make the rules." The two call it a draw and realized cementing their most-popular status will require compromise so they head for Applebee's. When they actually get on the actual date, Porsche refuses to let Volkswagen order chili cheese fries and they both go home alone before the movie even starts. Porsche then texts all its friends and says they're still on for next week, though.

Next step down the altar for the duo? Either a German court or yet another VH1 show where strippers go to die. At this point, we're not sure which one we're rooting for.

Review update: 2020 Toyota 4Runner TRD Pro rocks, rolls its way into the wild
Comments (0)
Commenting is closed for this article
Contribute
Send us a tip Comment Contact the editor
Follow Us