The Questions About Better Place 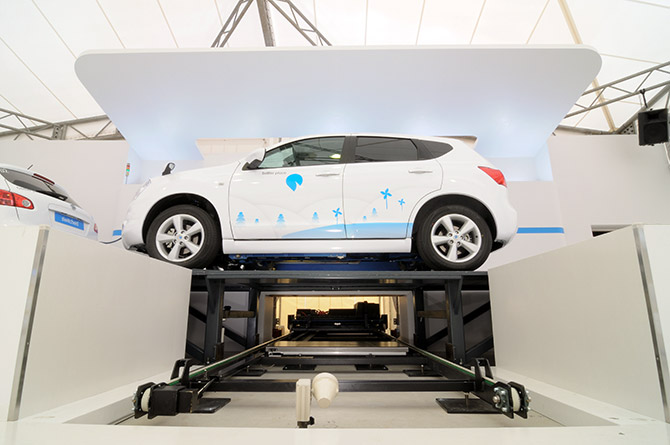 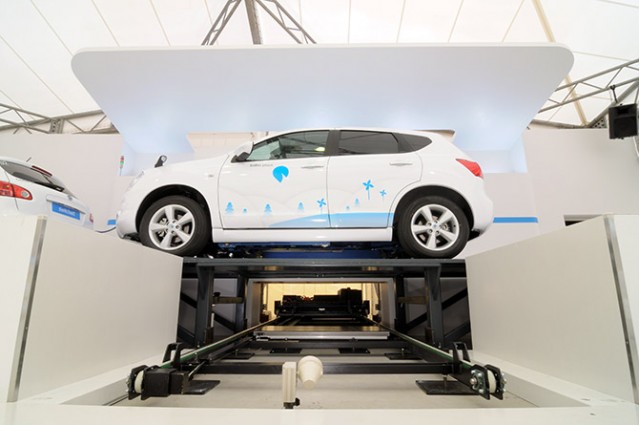 The venture-funded Better Place consortium has ambitious plans to remake transportation for the 21st century. And they've gotten a lot of press, including more today for their release of a PR video demonstrating a two-minute battery pack swap.

We weighed in on our skepticism over that one already today, but it seems like it's a good time for a Better Place refresher course.

We often get asked what we think of the organization, led by charismatic entrepreneur Shai Agassi, and its plans to "reinvent" transportation by providing electric vehicles paid by the mile and recharged exclusively with power from renewable sources.

Our response is to point out (in no particular order) that Better Place plans to:

- Change how people pay for cars: From vehicle purchase to per-mile fees, like a mobile phone's per-minute charges.

- Equip entire countries or regions with charging infrastructure: Both high-voltage quick-charge kiosks and battery-swap stations that will let consumers replace a depleted pack with a fresh one in less time than it takes to fill a gas tank.

- Redesign basic vehicle structure: To permit the "hot swap" of a 500-pound battery pack that is their car's only energy source, as shown on that video we're somewhat skeptical about.

- Recharge cars only from renewable sources: Thereby providing customers with carbon-neutral travel that emits no CO2, through agreements with local utilities and renewable electricity sources.

That's quite a bit to take on.

And it will require massive, detailed coordination among (a) at least one automaker, preferably several; (b) local, regional, and municipal governments; (c) various electric utilities, power distribution organizations, and associated groups; and (d) private operators of vehicle services such as gas stations, highway rest stops, and the like.

Many venture funders will tell you that successful startups take a new approach to meeting existing consumer needs. The goal is to keep down the number of different behavioral changes to a minimum while maximizing benefits.

Electric cars and recharging them will be new to consumers. So will paying by the mile. So will letting an automated machine swap out a major piece of your car.

Altogether, that sounds like rather a lot of leaps to us. And BP is clearly a very ambitious program that will cost billions of dollars for every location in which it's launched.

We also note that BP's first location will be Israel, which in some ways can be viewed as a special case.

Israel is fairly compact, has no native oil resources and is...ahem...not well liked by most of its neighbors and many oil-producing countries. Its citizens travel short distances, and they pay a lot for their cars, which are heavily taxed.

In that context, it's very much in Israel's interest to move toward electric transport. Ideally, it can be powered by sun and wind, both of which Israel has ample supplies of. And weaning it from oil supplied by Arab countries holds huge domestic appeal.

Moreover, given high current auto prices and anticipated electric-car tax breaks, the cost of electric cars may reach parity much sooner in Israel than in other locations. (To be fair, we should also note that Renault's alliance partner Nissan says it plans to introduce its own EV--sans swappable battery pack--which uses similar battery technology to the BP car, at the same price as a gasoline compact car.)

As well as Israel, Better Place has announced various agreements with Denmark, Australia, California, Hawaii,  and Ontario, Canada. Some of those--especially Hawaii--are, like Israel, isolated areas where energy and automobiles are very expensive.

Others regions have pockets like that, but also have large, sparsely populated areas where people travel long distances and cars are cheap.

Meanwhile, much remains to be learned about how Better Place and its plans will play out. It's safe to say that the world will watch the progress in Israel very closely.

For the moment, we remain somewhat skeptical that Better Place's ambitous plans will take hold. Though in a way, we rather hope that they do. As we wrote on GreenCarReports:

Please, don't get us wrong; we applaud innovation in the auto industry. And we do actually hope that Better Place gets its very, very ambitious program up and running. Frankly, the automotive world could use some paradigms shifted.

As is the fate of all innovators, Better Place is faced with many disbelievers.  For the moment, perhaps we should be counted among the "optimistically skeptical". 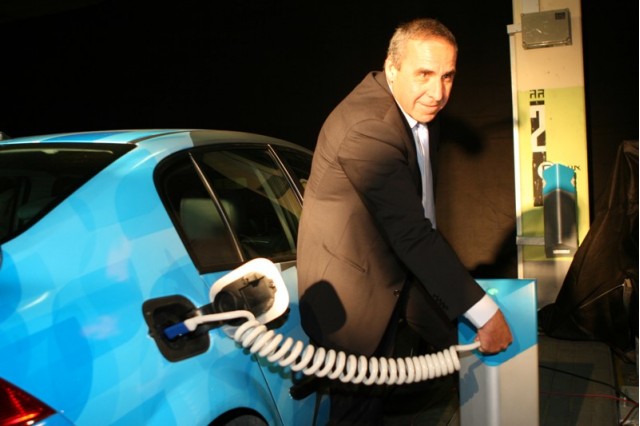 [MORE: The Business Insider via Wired; Good via PSFK]