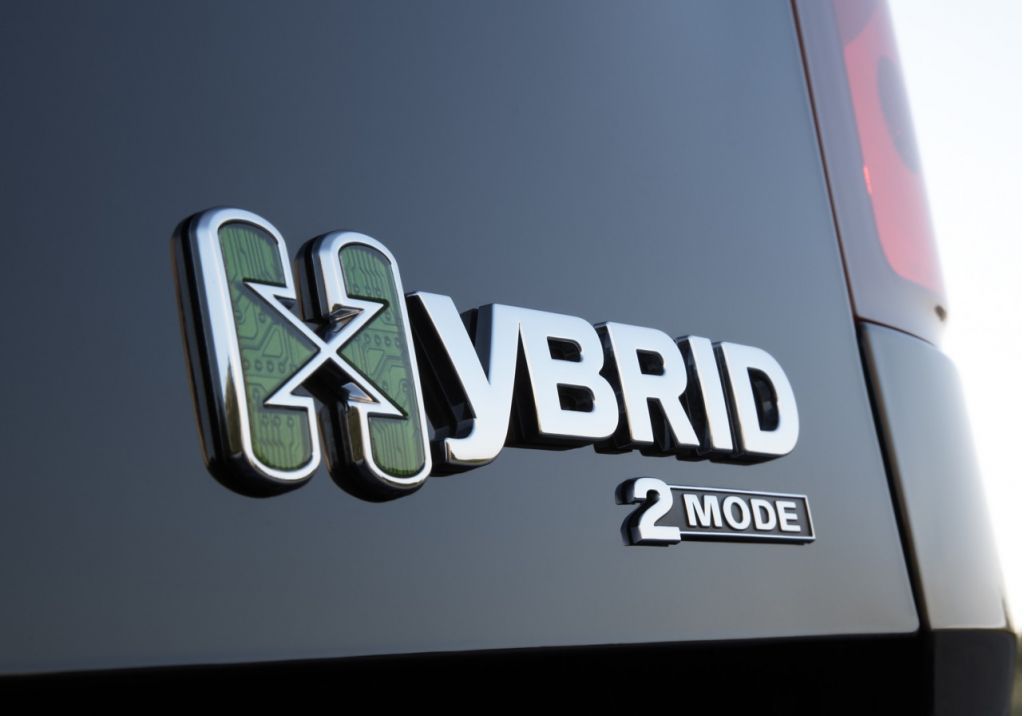 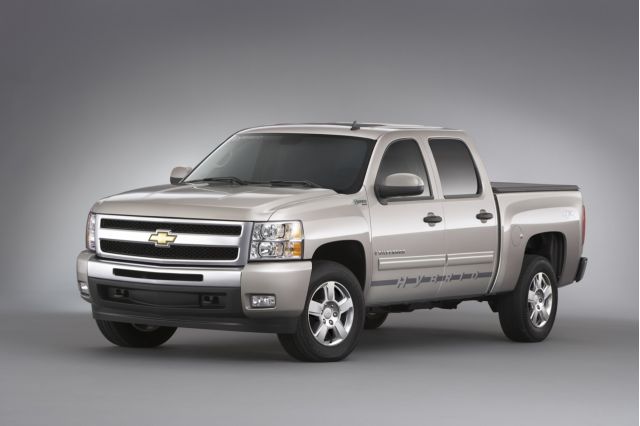 In TheCarConnection.com’s Bottom Line review of the 2009 Chevrolet Silverado Hybrid, Rex Roy points out that the Hybrid is nearly as capable as its gasoline-only counterparts, able to tow a powerboat (up to 6,100 pounds).

Though we didn’t have anything to tow, testing the Silverado Hybrid’s hauling ability seemed like the natural thing to do. In just the course of a few days, we’d hauled furniture. For one short stretch we had five adults aboard plus and a band’s worth of equipment, including a heavy bass cabinet and PA. The gasoline engine came on earlier and more frequently when loaded down, but the hybrid drive system didn’t flinch and the brakes remained just as confident.

The 2009 Chevrolet Silverado Hybrid comes with a folding tonneau cover that we’re assuming provides some aerodynamic advantage to the truck. The cover settles into a rail and fits snugly back by the tailgate to create an almost weatherproof seal, with just a small gap remaining when parked, though the whole arrangement still flaps noisily above 65 mph or so. However, there’s no bed liner included, and there are no tie-downs or tie-down places, which meant we had to wedge other items back there to keep things from sliding (and scratching). 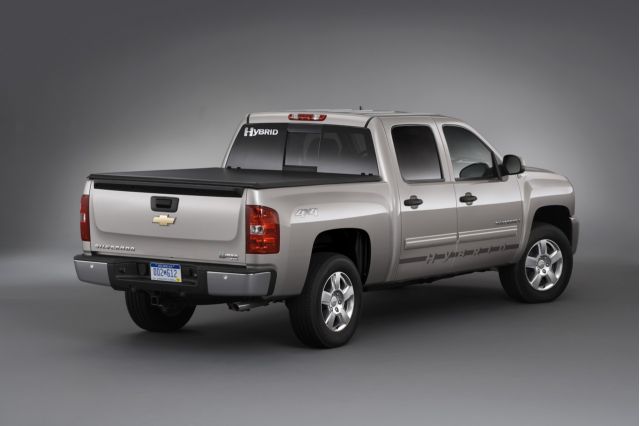 Whether fully loaded or not, the Silverado Hybrid moves confidently, thanks to a hybrid system that includes GM’s 5.3-liter V-8 along with dual 81-hp electric motors. A 300-pound battery pack is mounted just below the back seats. In the 4WD form that we tested, the Silverado Hybrid is rated at 20 mpg city, 20 highway, though the 2WD model gets 21 mpg city, 22 highway—yes, that’s in the vicinity of 50 percent better than the gasoline-only versions!

Overall, the Silverado Hybrid has one of the smoothest full-hybrid systems we’ve tested. Taking off at a respectable pace, the Silverado Hybrid launches with electric power only, then the gasoline engine typically turns on at 10 mph or so and moves the truck with more authority. If you’re cruising at a low speed (under 25 mph) the gasoline engine cuts off and the system moves the truck with electric power only.

Roy reported that there are no drivability quirks, and to that I say, it depends on what kind of driving you’re doing. If you’re driving the Silverado Hybrid gently, you might have trouble coming to a smooth stop; the brake pedal feels quite normal at higher speeds, but if you’re slowing down to a gradual stop the pedal becomes very touchy below 15 mph or so, grabbing harder for the last bit; even after a week of driving we were still stopping a few feet earlier than we’d intended, then inching forward. On the bright side, the Silverado Hybrid coasts much better than most hybrids and maintains expressway speeds without twitchiness.

The electric mode is surprisingly robust. We were able to get the electric-only mode to work at up to 29 mph on mostly level ground, and setting the cruise control at around 25 mph—which it surprisingly would allow—we were able to maintain on electric only for more than a mile and a half before the gas engine restarted. With the right light throttle foot, you can creep around quiet subdivision streets without a sputter from the ol’ petrol one.

For those who don’t like long-wheelbase trucks, there’s a bit of disappointment here. The Silverado Hybrid is at this time only available in one body style, the Crew Cab and long bed. It wasn’t the best combination for this city-dweller, and we ended up making lots of three-point turns in the course of the week. 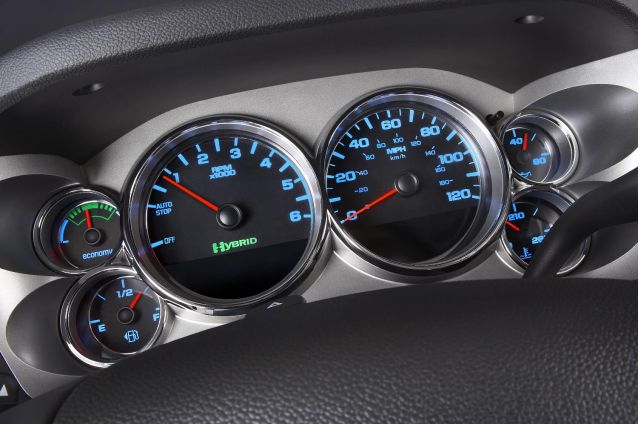 By the end of our time with the Silverado Hybrid, we’d averaged 19 mpg, in mostly city driving with lots of starting and stopping and several cold starts. Even with the Adaptive Fuel Management that most of GM’s full-size trucks now get, we probably would have seen 12 or 13 in a standard Silverado.

At three dollars a gallon for gas, that’s about $7,000 saved on gas alone over five years, assuming about 15,000 a year—and more than 460 gallons of fuel saved annually.

Unfortunately, the Silverado Hybrid is a pricey truck. Our 4WD test rig had only one option—an eight-way seat adjuster—and it stickered at $42,420. That’s about $10k more than the Work Truck (W/T) version of the Silverado Crew Cab but just a few thousand more than a standard Silverado optioned up with the same features. It’ll pay off, all said, in a few years. And that’s before counting the $2,200 federal tax credit that’s still in effect.

We hope GM soon makes a more simply equipped, affordable version of the Silverado Hybrid available to those who want to stock their fleets with these trucks, because altogether the difference they could make is staggering.

Check out TheCarConnection.com's model page on the 2009 Chevrolet Silverado Hybrid for the Bottom Line, plus a full review, photos, specs, prices, and more news. The Silverado Hybrid has also recently been covered by our partner site, GreenCarReports.com.