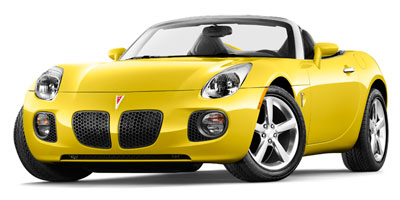 General Motors is willing to sell off the Delaware factory that builds the Saturn Sky and Pontiac Solstice as it hurtles toward a May 31 collision with bankruptcy court and federal overseers.

In a press conference this morning, GM's CEO Fritz Henderson said the twin roadsters plus the assembly plant in Wilmington, Del., could be parceled out to an interested buyer, if one could be found. Chrysler is trying the same approach with its Mack Avenue plant in Detroit and the Dodge Viper--but so far, no interested buyers have surfaced.

GM is looking at any and all scenarios to devolve brands and unprofitable businesses as it runs up against a June 1 deadline to finish restructuring and to reach deals with creditors, the United Auto Workers, dealers and potential investors. So far, HUMMER, Saturn and Saab are on the auction block; Pontiac's being shut down in 2010; Opel could be purchased by Fiat or swapped for a GM stake in the Italian automaker; and GM is retooling its future product plan around its Chevrolet, Cadillac, Buick and GMC brands.

The more likely scenario, AutoWeek thinks--since GM is shutting down Pontiac, not selling it--is that any interested buyer in Saturn would take over the Delaware factory or inherit it for free. GM says it has interested buyers for Saturn but hasn't enumerated them as of yet.

You'll get the latest on GM's restructuring and a possible Chapter 11 filing by following our Industry tag, right here at TheCarConnection.com.