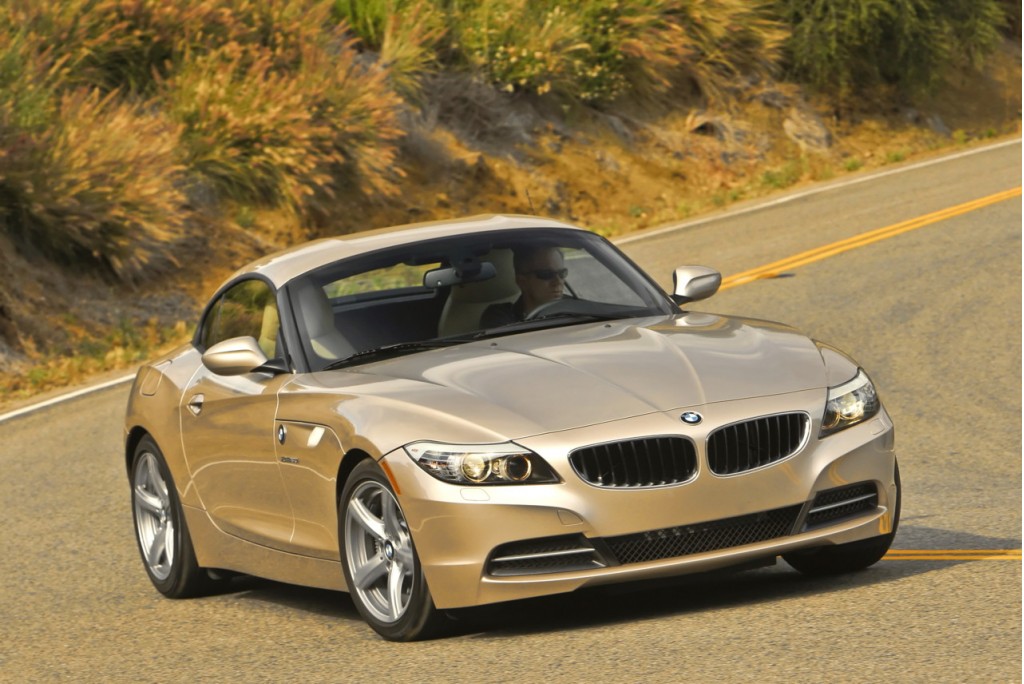 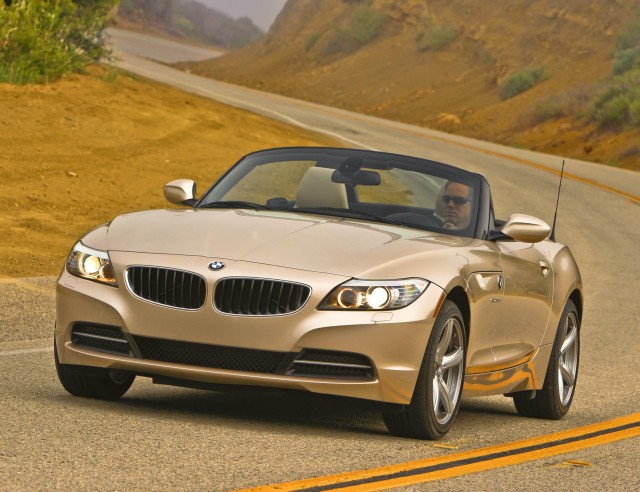 If you’re looking to trade in your eight-year-old Z3, or even your two-year-old Z4, for a new 2009 BMW Z4, beware that BMW’s small Z roadster has turned into a completely different, more grown-up kind of car.

That’s no put-down. TheCarConnection.com is nursing a sunburn and fresh back from test-driving the Z4 in the unseasonably scorching-hot hills and winding canyon roads north of Malibu, and in our Bottom Line we conclude that the Z4 is a no longer a lightweight, basic roadster but a comfortable and exhilarating touring sports car.

The 2009 BMW Z4, which begins reaching dealerships this week, has revamped styling inside and out, a new retractable hardtop, and a raft of new high-tech performance options, including an adaptive suspension and an available seven-speed dual-clutch automatic transmission.

The Z4 is now offered in two different models: the sDrive30i, with a 255-horsepower, 3.0-liter in-line six, and the sDrive35i, which gets the 300-hp, 3.0-liter twin-turbocharged six that we’ve so enjoyed in BMW’s other products. Both models get a six-speed manual gearbox as standard. On 30i models there’s a conventional six-speed automatic available, but 35i models can be optioned with the sweet dual-clutch automatic, which has until now only been offered in BMW’s high-performance M cars.

In most types of driving, there’s not a huge difference in performance between the 30i and the 35i, though they have very different character. The 35i has a nice, linear throttle response, yet it’s incredibly responsive; peak torque is achieved at just 1400 rpm and maintained all the way up to 5000 rpm. Peak torque for the naturally aspirated engine comes at 2600 rpm. With the manual transmission, we found ourselves driving the two models quite differently; you’re rewarded if you rev the 30i’s engine all the way up to redline, but revving the 35i’s turbo engine past 6000 rpm doesn’t make the thrust all that much more urgent. 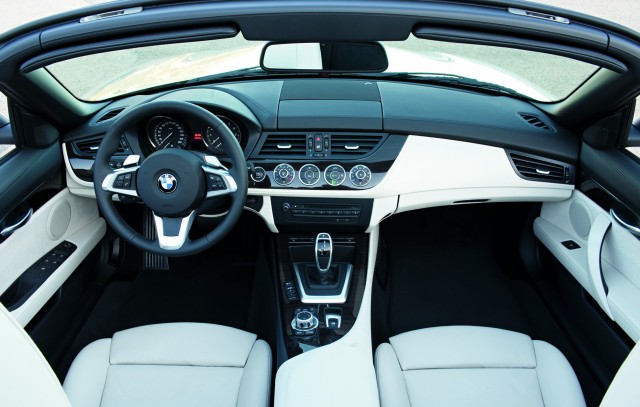 The new Z4 is still a lot of fun to drive; the combinations that we most appreciated are the base 30i and manual gearbox, which is the closest to the ‘classic roadster’ feel as it gets in the Z4, and the 35i optioned up with the dual-clutch automatic—though not the navigation system, which brings the dreaded iDrive controller (even though the interface is a bit better). Go with the 35i and dual-clutch transmission, and the Z4 feels like a sophisticated sports car that gives the Boxster and Cayman with Porsche’s new PDK gearbox a run for the money.

The 2009 Z4 now gets Dynamic Drive Control, to ‘dial up’ the right feel of the car, depending on whether you’re looking for comfort or edginess. It controls the feel of the throttle, steering, and other parameters, plus the optional adaptive suspension. Unlike in BMW’s M cars, you won’t be left second-guessing yourself, wondering if you’ve selected the best parameters for this road and your driving attitude that day. Just three modes (Normal, Sport, and Sport+) set the mood, and unseen circuitry does the rest.

Both of the Z4s we spent the most time in had that optional Adaptive M suspension and the Sport Package, bringing a nice, well-controlled ride plus all the grip and control we needed to really enjoy those canyon roads. At the few points we pushed it too hard on tight, low-speed hairpins and went very slightly into understeer, with the stability control cutting in smoothly but sternly. Had we been in the Sport+ setting, we would have been able to get into the throttle to maintain slight, neat slide. About the only complaint we have is that the overly quick ratio of the electric power steering left us overadjusting to stay on center on small two-lane roads with an aggressive crown and in the strong Santa Ana gusts. And inside, the appointments have become more luxurious but space is still tight for tall folks. 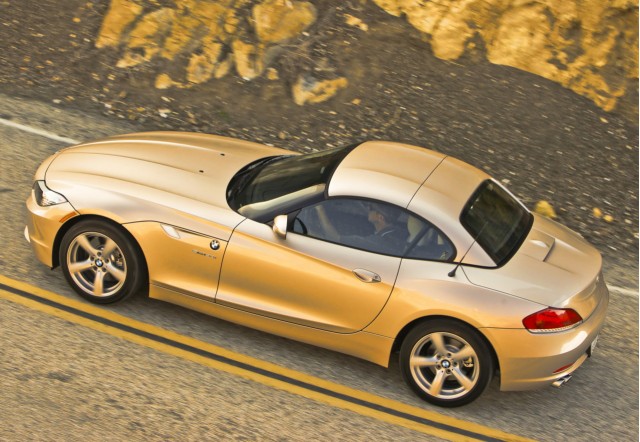 The Z4’s new retractable hardtop is tight, free of wind noise, and blocks out just as much road noise as a true coupe. And with all the Z4’s sophisticated new equipment and heftier weight, it can still be enjoyed at legal (or at least somewhat legal) speeds. If the Miata is a blast to drive at 30 or 40 mph on tight hairpins, the Z4, like the Boxster or the new Audi TTS Roadster, is still a rush at 60 mph, top down, on the sweepers.

But after thoroughly enjoying the new 2009 BMW Z4, we couldn’t help but get tripped up on the numbers. The new Z4 sDrive30i is more expensive than last year’s top 3.0si Roadster, and the sDrive35i is priced almost as high as last year’s M Roadster. With all the extra equipment, it largely replaces the Z4 M, but it’s a tough barrier as enthusiasts tend to attach a bit more value to a vehicle with the M badge for its supposed exclusivity, true or not. On that subject, BMW says that there are no plans for a new Z4 M.

Price seems to be the greatest obstacle to the new Z4’s success, with a fully loaded 35i now running about $69k. The two 35i models we test-drove both stickered in the sixties—which, admittedly, is the range of a Porsche Boxster S.

The other numbers to look at are sheer size and weight. The 2009 BMW Z4 essentially now has the heft of the former Z8 and is just six inches shorter than the Z8, which sold for more than $130,000 when it was last sold in 2003. Compared with the Z3, the Z4 now weighs 600 or 700 pounds heavier and is about eight inches longer.

Today’s Z4 has a very different personality than the four-cylinder Z3 that BMW brought out in 1996, and though this new, very refined and tech-savvy Z4 roadster is extremely appealing, it leaves basic, on-a-budget roadster shoppers wanting…

Perhaps for the long-awaited Z2?

Visit TheCarConnection.com’s model page on the 2009 BMW Z4 for all the rest, including image galleries, specs, and prices. 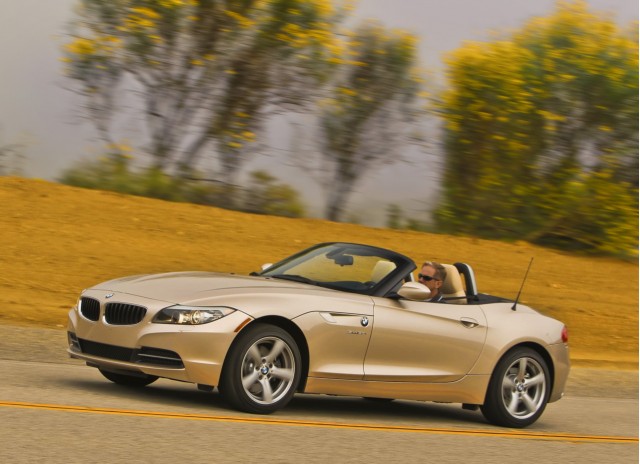 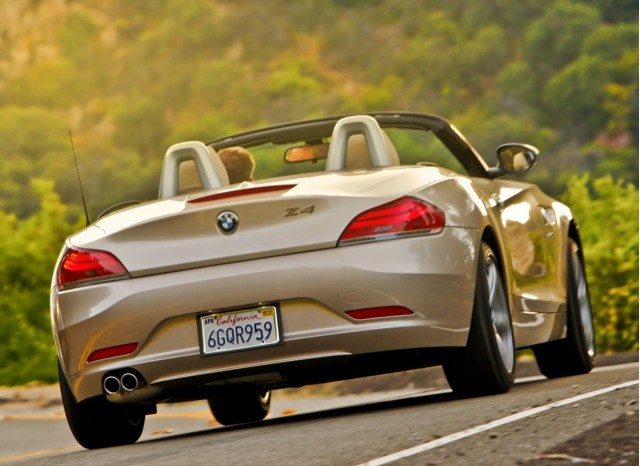