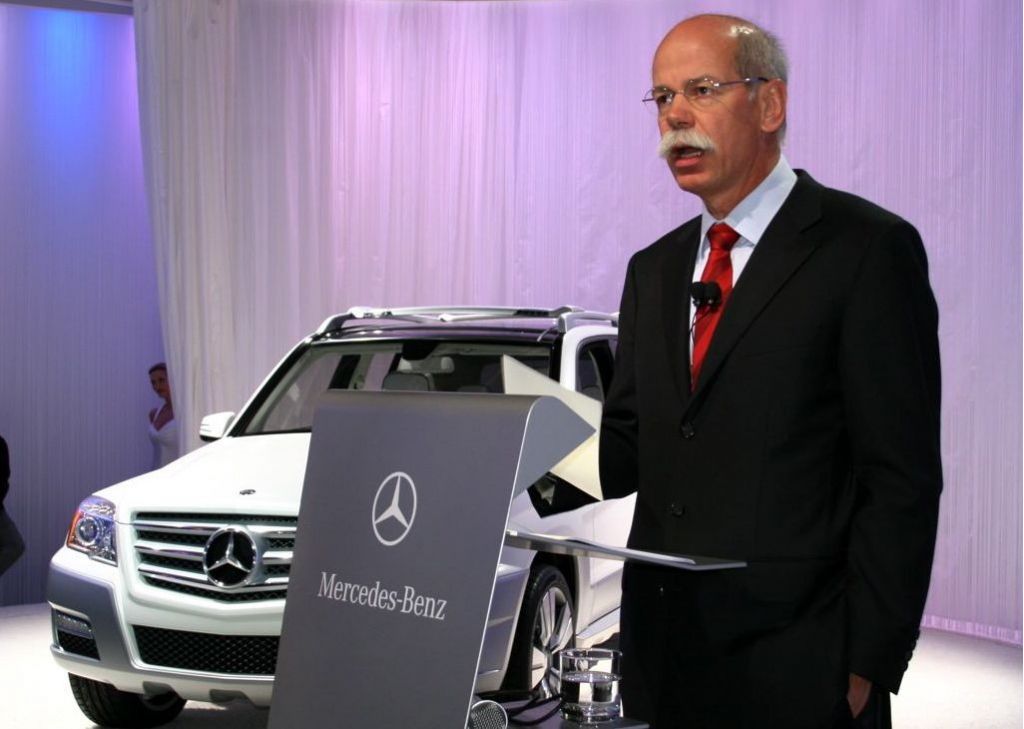 The public displays of affection (PDA) between Mercedes-Benz and BMW grew a little more obvious this week, as bushy-stached Daimler CEO Dieter Zetsche told the press he likes BMW and wants to make car babies with them.

It's not the first time that Daimler has approached BMW about hooking up, but resistance from the Quandt family has pushed the matter to the back burner. Now Zetsche is speaking openly about how much money they could save shacking up together and how they could take on Toyota/Lexus, Audi and the challenges of the global marketplace better if they would just get in bed together.

Zetsche is under no illusions about the need to keep the two companies' operations separate, though. "In general I only see a few areas where working together is in principle out of the question," said Zetsche.

Still, Zetsche indicates he's willing to work around those rough spots to get the benefits of a partnership, short of sharing a bank account: "It's clear that we are two independent companies whose success in the market depends of the strength of our brands, so brand integrity is a cardinal imperative," he said. "This has to be considered at all times but it is not something that would prevent broad cooperation."

Joining forces to make cheaper vehicles while maintaining completely independent brand identities could also help the two luxury superpowers make their entry into the high-volume emerging Asian markets, which could potentially become the largest luxury sector in the world.

BMW and Daimler are already sharing some of their purchasing, enabling better deals for both companies. But moving beyond that stage to a more strongly aligned partnership could prove difficult and slow.

The kicker: rumors of BMW's new V-12 finding its way into some top-end Mercedes vehicles, and of new supercars from both companies. Can it be long before Aston Martin ends up in a three-way with them?