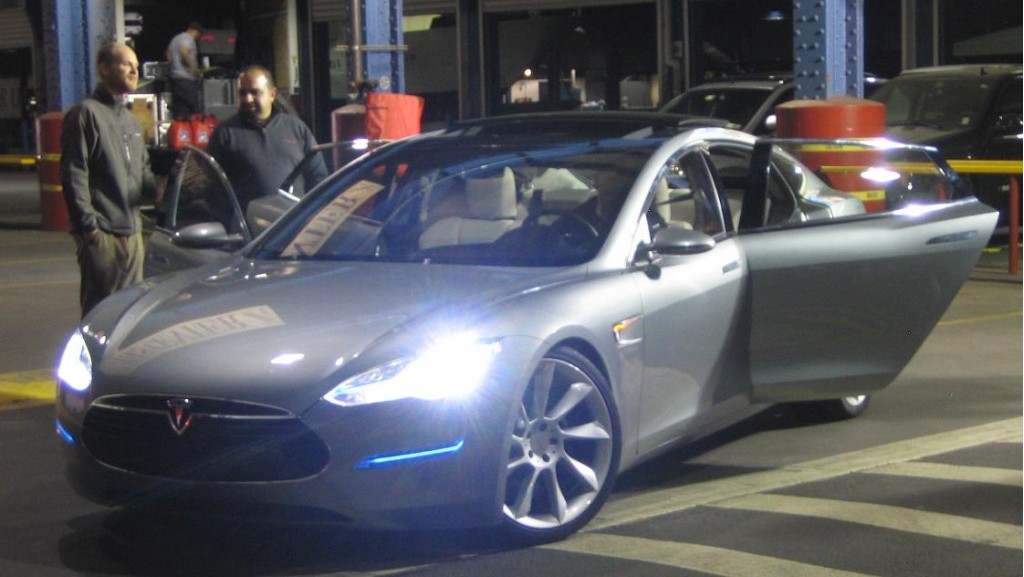 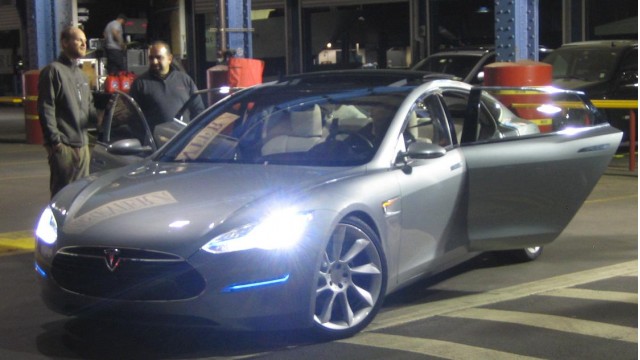 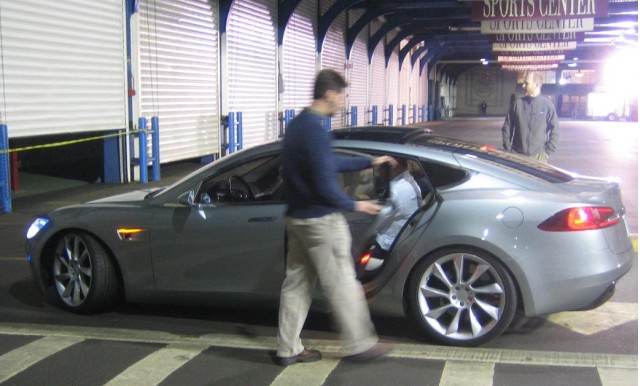 Some people are born lucky--in this case, our colleague, John Voelcker. He was in New York last night, attending the launch party for the Tesla Model S. (You know, the car that can't possibly retail for $57,400?) Anyway, he was just hoping to get a of good look at the only working prototype of the 2012 sedan, when out of nowhere, a very nice guy who's buying one asked John if he'd like to go for a ride.

Ignoring everything his mom ever said about getting in cars with strangers, John hopped right on in. And so, for 90 interesting seconds--exactly 90--he and a future owner were driven around Chelsea Piers in fully electric style. John's written up his impressions at our sister site, GreenCarReports. Have a look, why don'cha? At the very least, it'll distract you from the grim news that's afoot....