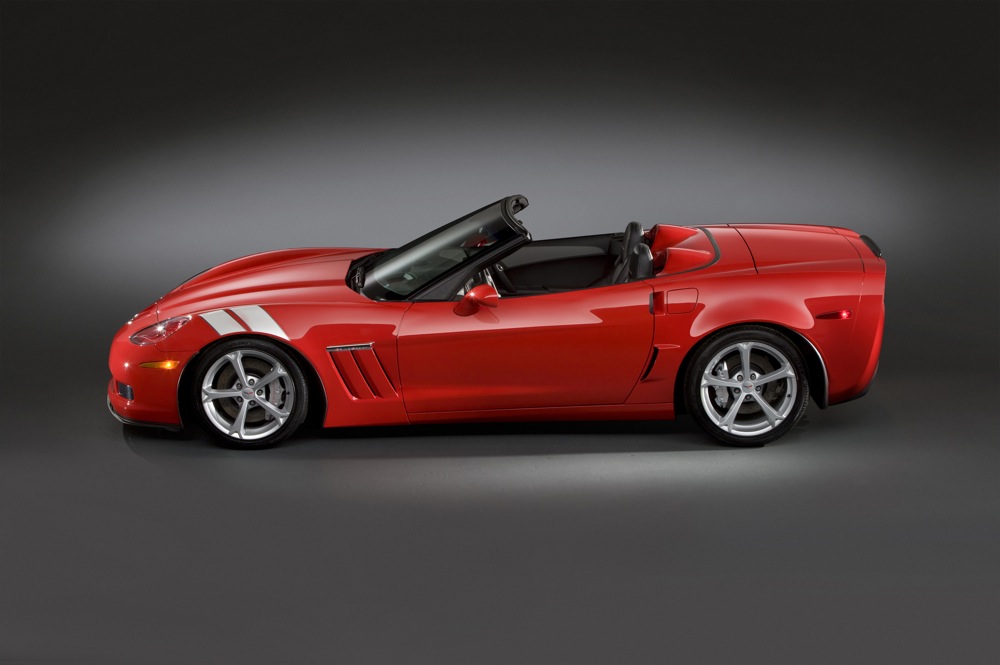 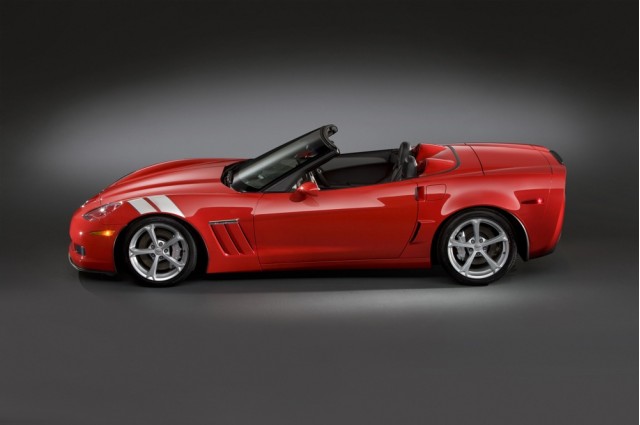 The Corvette is getting a wider body and a tighter suspension for 2010--and it's on the road today as the General celebrates the Corvette Birthday Bash today at the National Corvette Museum in Kentucky.

The new Grand Sport shares the name of five racing prototypes that ur-Vette guru Zora Arkus-Duntov had built for racing. Those cars were never duplicated but did make it on the track for brief runs. In 1996 GM resurrected the Grand Sport badge for a special edition Corvette.

For the 2010 Corvette, the Grand Sport replaces the Z51 sport edition. It brings newly formed panels, applique stripes and a tightened-down suspension with new shock settings and roll-bar dimensions. Both the coupe and convertible body styles can be outfitted with the package, and both six-speed manual and automatic transmissions are offered. A two-mode exhaust raises the 'Vette's horsepower from 430 hp to 436 hp. GM promises a 0.2-second drop in the 'Vette's 0-60 mph times.

We'll add more photography as the 2010 Corvette details trickle out. In the meantime, see our 2009 Chevrolet Corvette page for hands-on road-test information from our own Rex Roy, plus a full recap of other respected Web reviews.