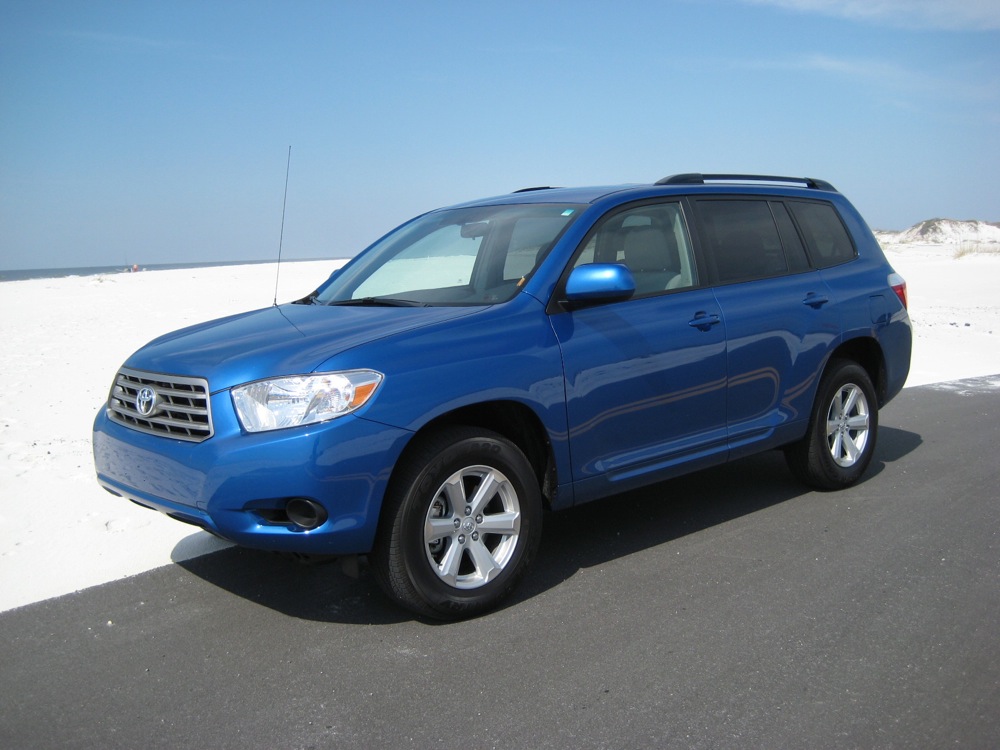 TheCarConnection.com's esteemed writers have driven the 2009 Toyota Highlander in V-6 and Highlander Hybrid form. But there's a new game in Highlander town this year, a revamped four-cylinder edition that I scored for a long weekend of much-needed beach time. Time for a "Driven," right?

Focusing on the four-cylinder version reminds me that too often, our exposure to new cars on press drives neglects the base versions that many shoppers want to see and drive. The plush six-cylinder, leather-lined editions can top $35,000--but this Highlander, with the four-cylinder and six-speed automatic and almost no options, is essentially the least expensive Highlander you can buy at around $27,000 base. 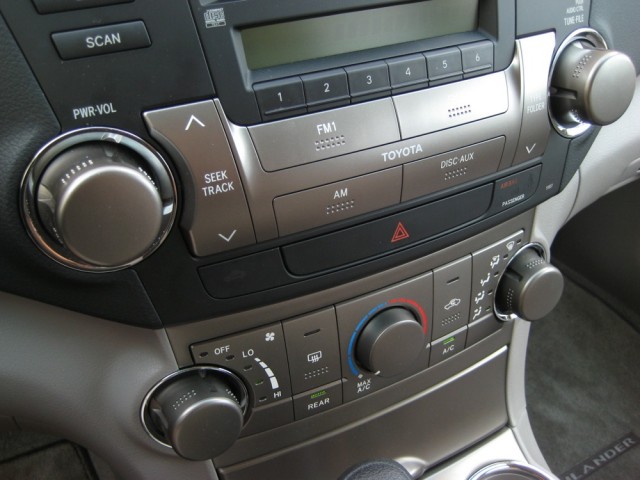 It's noticeable right away, but not objectionable. There's cloth on the seats and door panels, no satellite radio or USB connectors for MP3 players in the dash, no steering-wheel audio controls, nor any Bluetooth connection, though it did sport an auxiliary port for MP3 players. Oddly, our electric-blue Highlander contained a handful of options that made it perfect for, say, a dressage carpool in Death Valley: a third-row seat, a rear air conditioner, a towing package and an anti-theft system, as well as roof rails. The price out the door of $29,393 included $795 in destination charges.

It also included a "Toyoguard Plus Protection Group" for $699, which includes roadside assistance and other stuff you might already get with AAA, for example. Floor mats were another $299--also much cheaper from Pep Boys, maybe, if you're using this strictly for family carpooling. With that spare change you could get XM and Bluetooth from Toyota or a friendly Best Buy.

The drivetrain's new for this year, and in the 2009 Highlander, the four-cylinder's at the edge of usefulness for a vehicle so large. The 187-horsepower, 2.7-liter four teams up with a six-speed automatic that sometimes feels more like a CVT in its shifting, as it hangs in low gears to accelerate. Shifts aren't always perfect, and uphill climbs get dithery, when the drivetrain computers seek the perfect algorithm to get you uphill on the adequate power. The four-cylinder's fairly smooth almost all the way through the rev range, a little noisy at the top end--but is a challenge to get going smoothly from a stop. The throttle tip-in is just too aggressive, making traffic lights a jumpy, bobbling affair.

The goodness inside comes down to room, and plenty of it. Vertical space lets me clamber in the Highlander without cracking my head on the roof. Low step-in height makes entry and exit easy in the first two rows of seats. Unlike Rex, I didn't think the rear seats were too cramped--but they do sit almost on the load floor, making for uncomfortable adult seating. 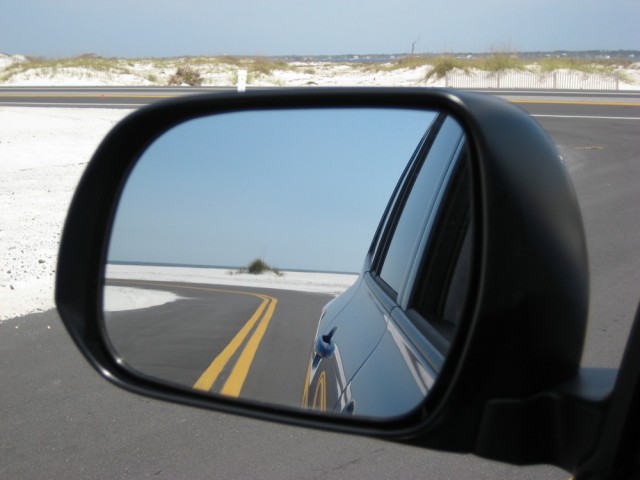 The downsides inside lead off with mushy seats; one buddy said they felt like 1980s Korean-car seats, down to the fuzzy upholstery. Granted, they're wide enough for big American backsides. Other inexpensive details like the grain on the door pulls and the felt headliner are clear concessions to cost, as is the hollow sound of the doors closing. These are probably the right sacrifices to make for the nicer details at arm's reach: the sweeping dash looks rich and upscale. Great big, trucky knobs control the audio and climate functions, and four cupholders sit between just the front two seats. The Venza's flexible center console may work better but the Highlander's a close second. Then, there are the huge sideview mirrors--you can see yourself and a wide lane of cars guaranteed.

If you choose the Highlander, know the third-row seat deletes underfloor storage--and when it's up, it doesn't leave much room for any cargo behind it.So if your plans include the carpool and not the freight depot, the three-row, four-cylinder Highlander might fit an inexpensive family-car bill. 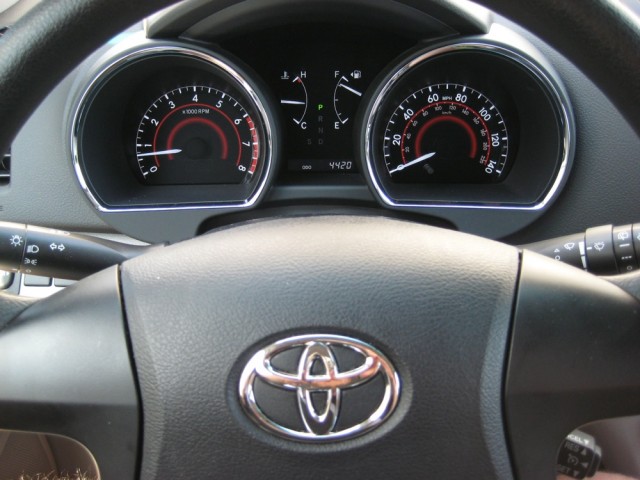