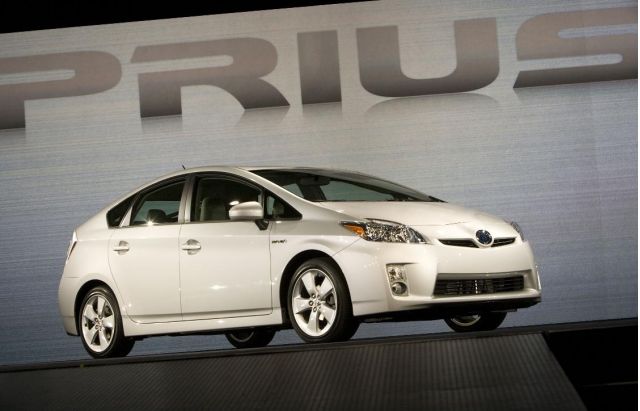 Want a 2010 Toyota Prius? It'll set you back less than you think.

The official announcement will come from Toyota tomorrow, and although we doubt it'll do much for sales of the 2009 Prius, who doesn't love watching a price war?

UPDATED:  Toyota obviously hates getting scooped. Afraid of losing all its thunder, the company stepped up the official pricing announcement by a day. Here are the dollar details:

The third-generation Prius will be available in one grade with a starting MSRP of $21,000. The Prius will be offered with five levels of popular standard equipment combinations.

Carter sees the most popular model starting at an MSRP of $22,000, equipped with a high level of standard features, “This model provides more than $2,000 added value, including the features most buyers want, at the same price as the current base model” he said.

A new base model with a lower level of standard equipment is scheduled to be available later this year. It is designed to appeal to the most cost-conscious businesses and consumers. [full text here]