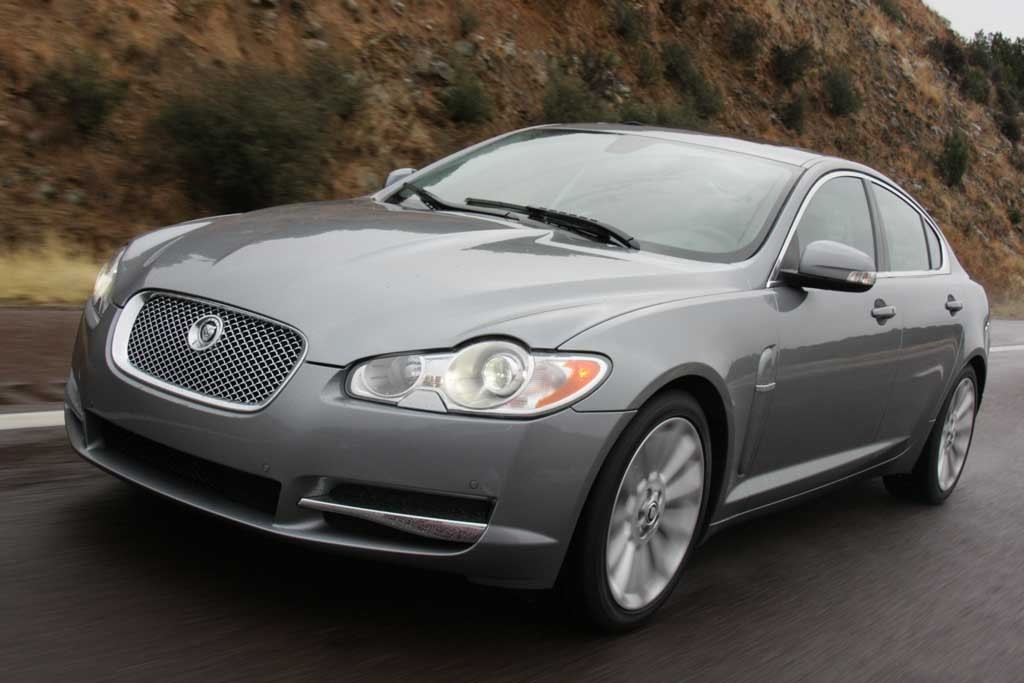 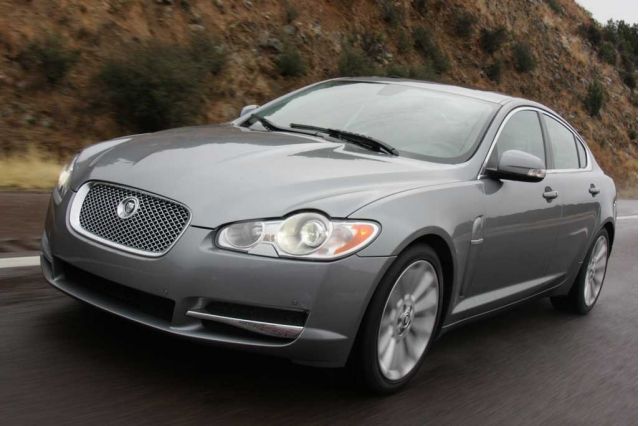 You already know which new car's your favorite, and here at TheCarConnection.com, we have some favorites, too. But when it comes to entertaining us at the wheel with great music and excellent music interfaces, which cars truly rock?

Spending $30,000 on a new car is easy to do--and yet, some luxury cars do a terrible job of bringing star-quality audio to their owners. On the flip side, some cheapo compacts have excellent stereo options, and the aftermarket offers a myriad of ways to upgrade your sound.

TheCarConnection.com's editors think it's easier to find a great car with a great sound system straight from the factory. Just by ticking an option box (usually to the tune of $1000 or more), home-theater-style sound is yours for the asking in most of today's new cars. Some cars eliminate even that step, installing world-class music machines as standard features.

What's the sound of success? After hearing from all of the 2009 new cars, trucks and crossovers, we like these seven factory-installed audio systems best:

Bless the Jaguar XF: it showed up just in time to clinch the sale from Ford to Tata. As great as the car is, we're inclined to love on its upgrade audio system even more. For a mere $1800 or so, the 440-watt Bowers & Wilkins system offers up a bounty of Dolby 7.1 surround, 14 speakers, and the cleanest sound this side of a Magic Eraser on Michael Chiklis' scalp. There's perfect MP3 integration, a touchscreen for audio settings, incredible punch even from compressed music files--everything a discriminating music lover looks for other than a place to burn their "really? seriously?" Norah Jones CD, bought in a low-blood-sugar Starbucks moment. 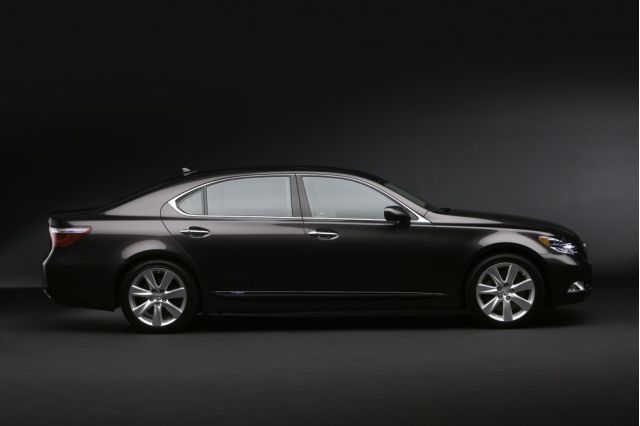 The entire Lexus range gets Mark Levinson love, but it's the glassy-smooth sounds emanating from 19 speakers in the big LS 600h sedan that will lull you into loving even Miley Cyrus. And what better place to hear it all, than the rear seats of the LS, cruising smugly in traffic while Driver points out your hybrid street cred through clever hand gestures? 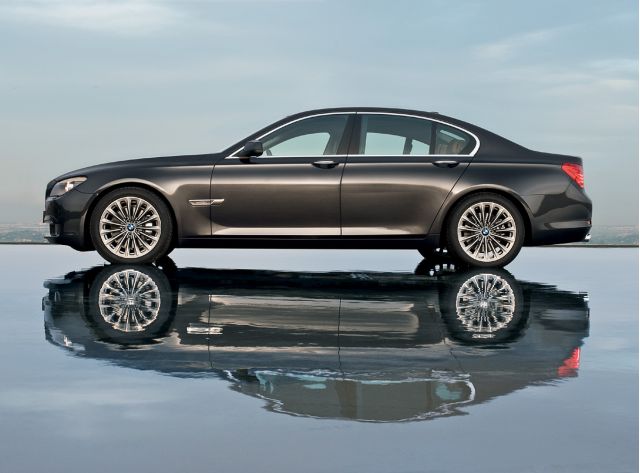 The newest 7-Series has some marvelous room to spread out--and few cars indulge audiophilia so purely. BMW matches the 7-Series' lounge-like atmosphere with the Logic 7 surround sound system and a state of the art list of ways to pipe in the music of your choice. There's a hard drive for music storage, an iPod connectivity interface, a six-disc DVD changer, and premium sound with Sirius Satellite Radio and HD Radio. BMW also fits the 7er with a rear-seat entertainment system, so the kids or passengers can get in on the top-notch sound. 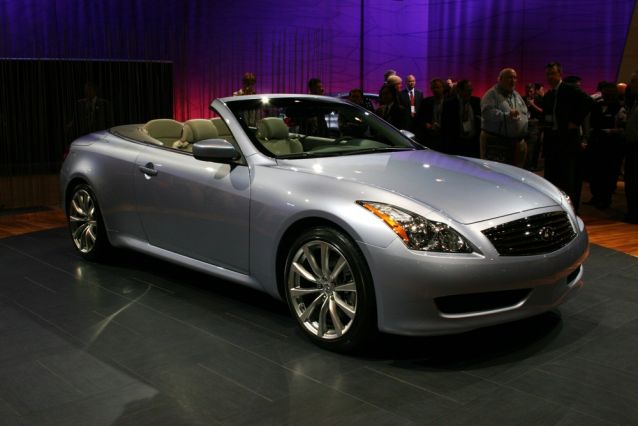 Infiniti's premium-sound package for cars like the scrumptious G37 lineup not only has the aural goods--it has one of the best user interfaces for iPods, iPhones and other inferior MP3 players (Zune, it's you, babe) as well as radio and satellite-radio bands. Teamed up with an optional 11-speaker Bose Studio on Wheels premium audio system and a Music Box 9.3-gigabyte hard drive, it's difficult to top--unless you go topless with the G37 Convertible, which programs in a top-down stereo mode that shifts audio signals to the driver's seat. Nifty. 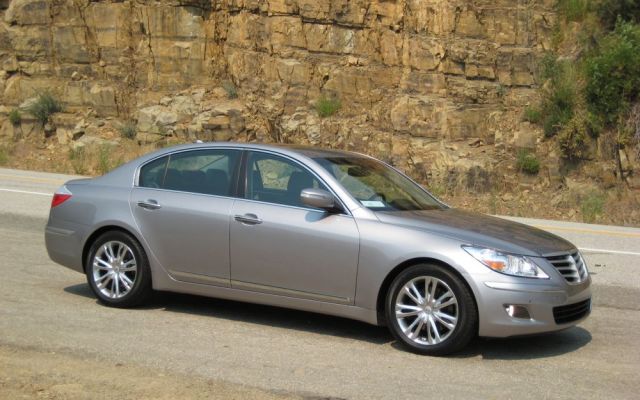 It's the same system as in the Rolls-Royce Phantom--the same brand, at least. The paradigm-shifting Genesis sports an available Lexicon surround-sound audio system with 500 watts, 12 channels, and 17 speakers, plus an HD radio tuner. There's also an iDrive-ish controller to manipulate it all, and it works surprisingly well, so keep your smart mouth to yourself. All Genesis sound systems come with XM Satellite Radio and inputs for USB and iPod attachments, too. Lacking? That big Rolls-style radiator grille. We'll let you be the judge, positive or negative on that. 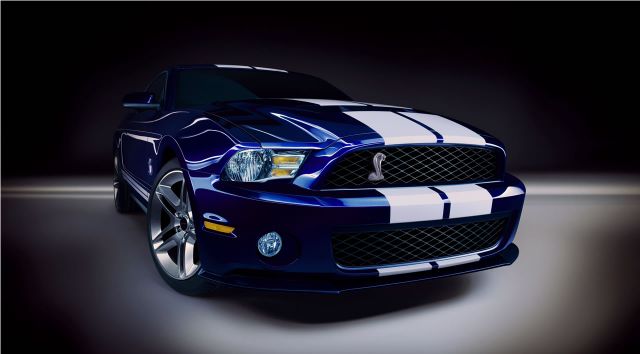 Ford's Shaker 1000-watt system is just that--the best, easiest way to make the Mustang's natural good vibrations go to eleven. The Shaker setup is available across the V-8 lineup, from GT to Shelby GT500--and its 1000 watts of power plug-and-play nicely with Ford's Bluetooth-enabled SYNC controller and available Sirius satellite radio. (A "Shaker 500" will have to do for V-6 'Stangs.) Bring your own Beach Boys MP3s--or AAC files, if you're one of those hardcore Apple-blinded loyalists. 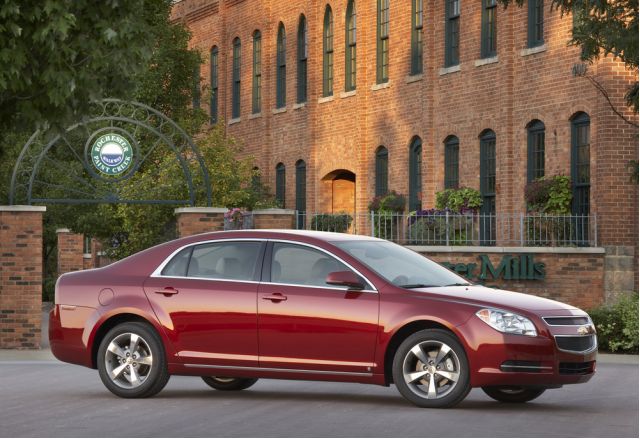 Chevrolet Malibu, and most of the GM lineup

It's not luxuriant sound that makes the Malibu's stereo--and most GM stereos--good enough to make this list. It's their utterly logical preset setup. You can use a single set of preset keys to program in stations on AM, FM and XM. For those of us who still use all three bands, it's a godsend. Steering-wheel audio controls and USB links for MP3 players are good, too--they scroll through all presets and seek as well--but GM's USB port integration has taken some hits for its, uh, knockoff look. Like seek buttons on the steering wheel, this whole preset thing has us asking: do automakers do any benchmarking anymore, and why isn't this the new normal?

Runners-Up: Acura's DVD-driven audio systems. Yep, they sound awesome--but DVD-Audio is the Blu-Ray of its kind. Ahead of its time, and quite possibly overkill. Audi's Bose speakers sound great, and their roller-controllers on the wheel feel great--but faceplate buttons and MMI controls are a learning hurdle here.

Have a favorite of your own? Let us know what it is in the comment section below--and don't miss our fantastic Infinity speaker giveaway.