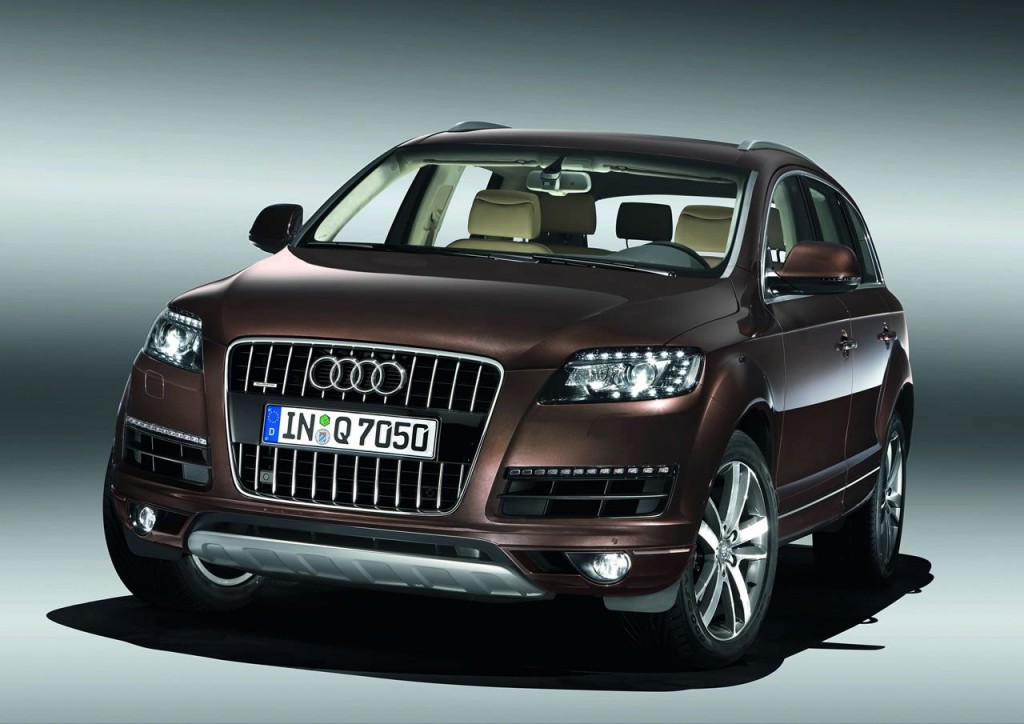 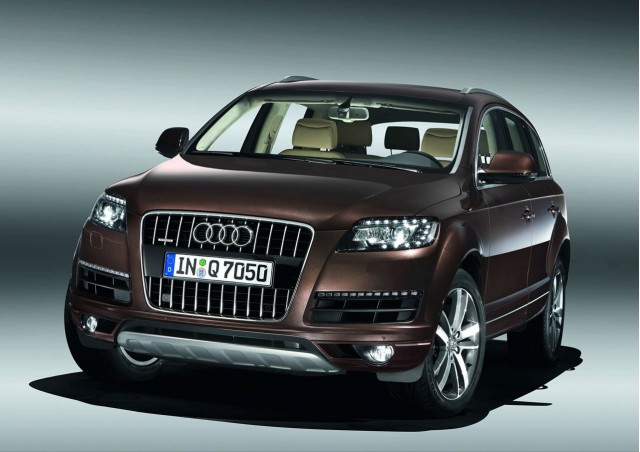 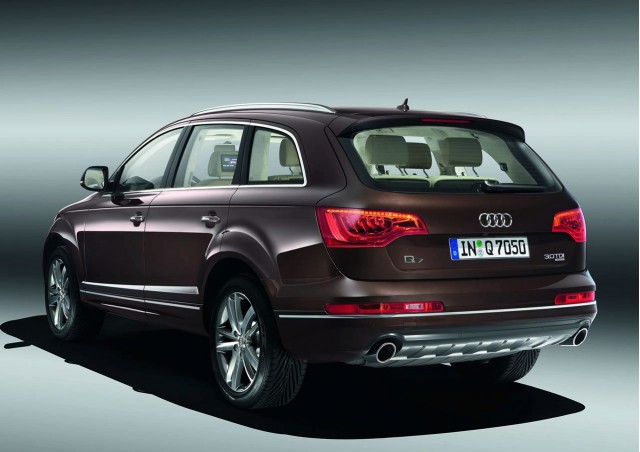 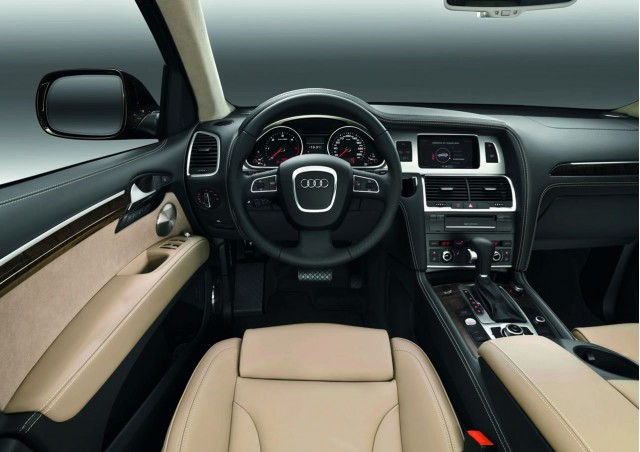 Audi fans: today is your day. Well, assuming you're fans of the Audi Q7, that is. (For everyone else, it's just Wednesday.)

Audi's popular crossover is having some work done before the 2010 model hits the lots later this year. Under the hood, there'll be three different options for buyers. On the gasoline side, there's a 3.6-liter V6 with 280hp yielding 14mpg city and 20 mpg highway, as well as a 4.2-liter V8 with 350hp that earns mileage in the 13 city/18 highway range. Most notable, though, is the Q7's new TDI clean diesel option: that 3.0-liter V6 generates 225hp, and not surprisingly, it beats both gas engines in fuel economy, getting 17mpg city/25mpg on the highway.

Cosmetically speaking, there are also quite a few revamps, including new front and rear lighting designs, new paint colors, and wood inlays. And then there's this:

So basically, it's a navigation system for whiners. Real housewives of whatever county, we have found the vehicle for you.

If you'd like all the nitty gritty about the new Audi Q7, you can check the full press release or the down-and-dirty fact summary. We recommend both.