Mitsubishi i-MiEV: Coming To An Electrical Outlet Near You...Eventually 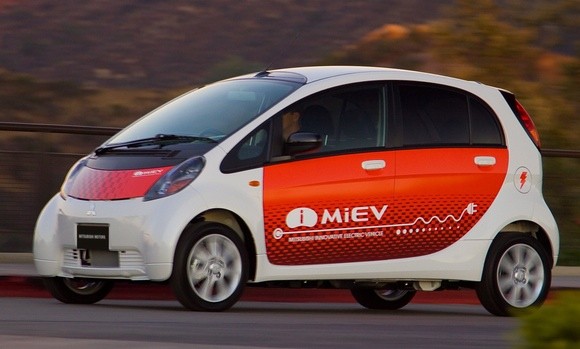 The electric vehicles are coming, y'all.

In addition to the many "sure things" we've already mentioned--like the Chevy Volt, the Tesla Model S, and the Nissan EV we discussed the other day--Mitsubishi has announced that it's bringing the all-electric i-MiEV to America in the not-too-distant future. According to Mitsubishi president/CEO Shin Kurihara, the first models will hit lots in Japan this summer, where they'll probably fare reasonably well, since the i-MiEV is based on the gas-powered "i" citycar that's already in production there.

No word on when production will spread to other countries, but the i-MiEV is already in test fleets here in the U.S. The biggest obstacle the company faces is likely practicality: battery charge time logs in at around 14 hours on a standard 110 outlet (though closer to seven hours on a 220). The company says it's working on a system that'll offer a significant charge (80%) in half an hour. Fully amped, the car can go between 75 and 100 miles.

Perhaps most intriguingly of all, Mitsubishi has made arrangements with Oregon's Portland General Electric to build an infrastructure of charging stations. As you might recall, Nissan is also working on similar infrastructure development in Oregon (plus California, Arizona, and Tennessee). Sounds like there's a hotbed of activity, especially on the West Coast, so who knows--maybe this stuff will fly after all?