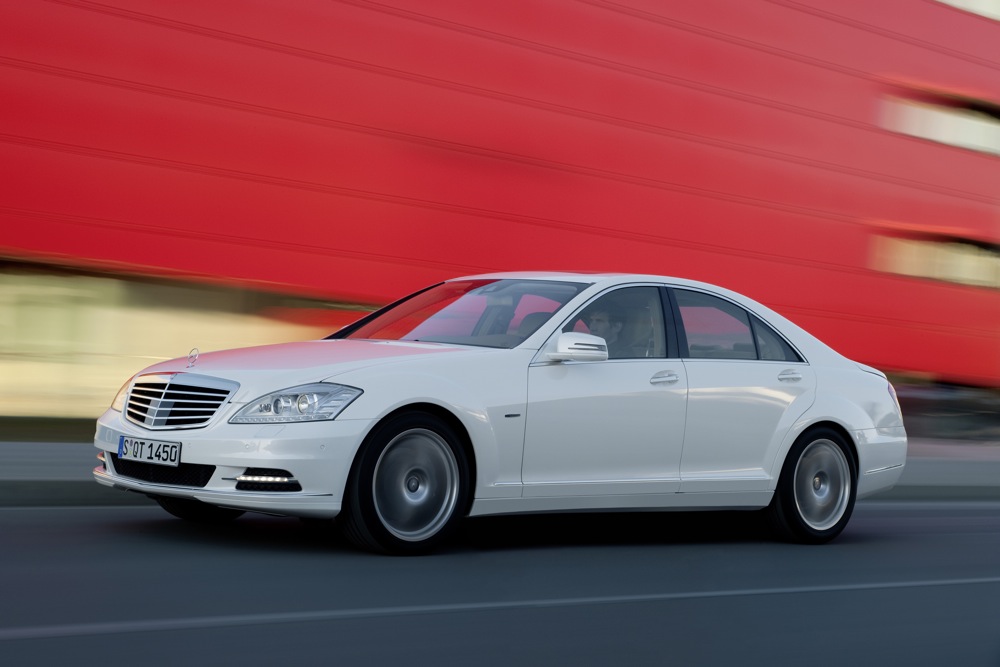 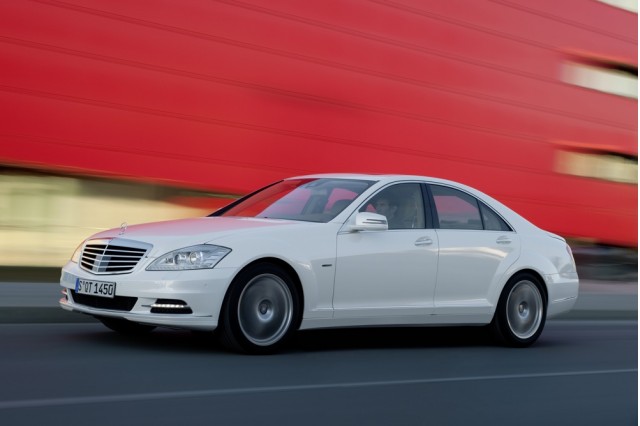 Mercedes-Benz will restyle the S-Class for the 2010 model year--and as it's been dangling out there for a couple of years, it's set to sell its first S-Class Hybrid sedans in the new model year, too.

The 2010 Mercedes-Benz S400 Hybrid arrives with a new system that brings lithium-ion batteries to the big luxosedan. The hybrid system, co-developed with BMW, teams a motor and lithium-ion batteries with a 3.5-liter V-6 engine. Together the drivetrain make a total of 295 horsepower. Mercedes estimates combined fuel economy at 29 mpg, up 30 percent from today's S550 sedan. The hybrid setup works with a seven-speed automatic specially developed to work in concert with the hybrid components. Regenerative braking and stop-start functionality are baked into the S400 Hybrid as well.

The subtle changes made to the S-Class' exterior are no match for the big electric stuff installed in the new S400 Hybrid. Across the lineup, the new S-Class gets a reshaped grille, new and smoother front bumpers, new rear bumpers and LED turn signals in the headlamps. Hybrid versions get round foglamps and daytime driving lights, while a premium package adds more LED driving lights.

Elsewhere across the S-Class lineup, more safety and entertainment gear comes with the slightly modified exterior. Safety updates add on automatic high-beam headlamps, a new version of night vision that highlights pedestrians, lane departure warnings, and Attention Assiste, which detects possible drowsy driving and alerts the driver to take a break. The PRE-SAFE system now also applies maximum braking just before an impact to mitigate injuries and damage. Active Body Control suspension gets retuned settings to better deal with crosswinds, and the COMAND controller gets a 40GB hard drive and HD Radio, along with MP3 player connectivity.

The revamped 2010 Mercedes-Benz S-Class goes on sale in August.