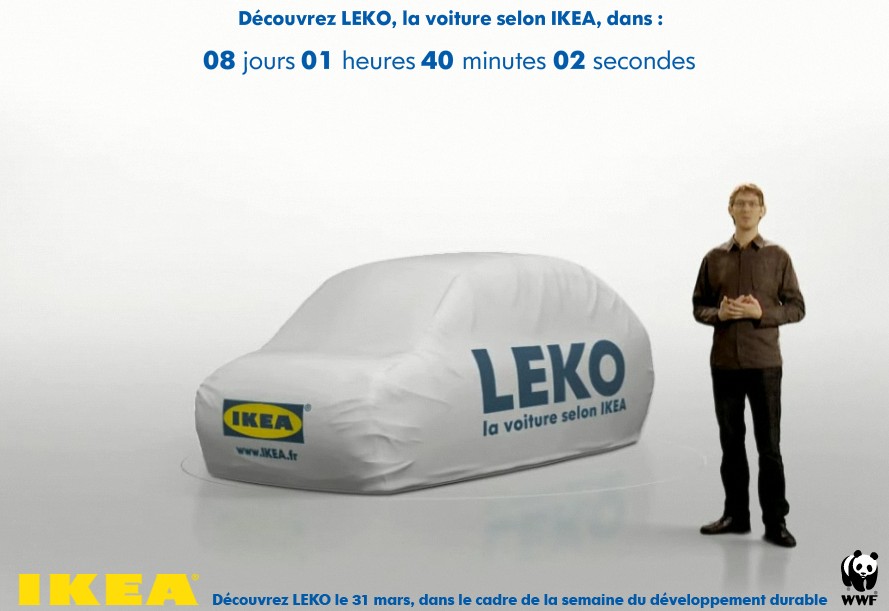 The LEKO promo from IKEA 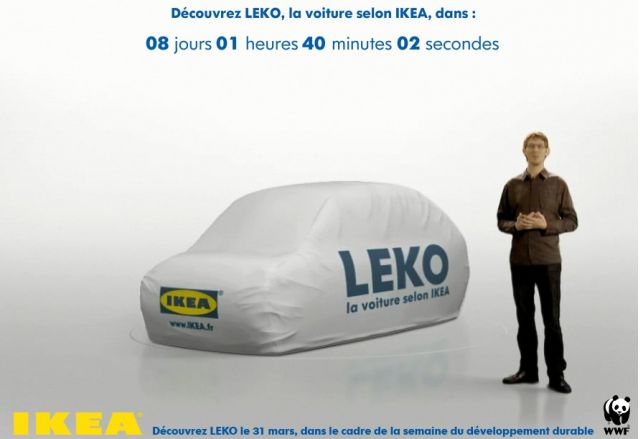 The LEKO promo from IKEA

Swedish home furnishings giant IKEA has announced that it's entering the world of auto manufacturing. Well, sort of.

The company has launched a (Flash-only) viral site, "Roulez-LEKO", which roughly translates as "Let the LEKO roll." The video on the site is huge and chunky--even on the T1 at TCC Towers, playback is jerky--so we can't fully catch what the fashionably nerdy spokesman is saying. However, based on the countdown running at the top of the page, the verbiage at the bottom, and the giant, veiled, car-shaped item in the background, it looks as if the LEKO, "The Car By IKEA", is set to premiere on March 31.

On the one hand, this could be just another April Fool's Day gag--granted, a fairly sizable one, and one that hits a full day early, but it's possible. And if any company is prone to trot out an April Fool's Day gag, it's probably the down-to-earth IKEA.

On the other hand, this could be a real deal--at least in concept form. The text  at the bottom of the video states pretty clearly that the debut is part of France's Sustainable Development Week, which runs April 1 - 7, and the thought of an assemble-it-yourself vehicle fits both the IKEA profile and some of the tenets of sustainable development.

Given all the uncertainty, we're happy to see that the French site that called this to our attention is just as confused as we are. Still, the thought of building a car with just an Allen Wrench is kind of appealing, right?