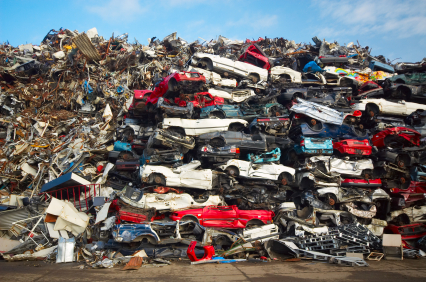 You might recall that Germany instituted a "Cash for Clunkers" program weeks ago,  and subsequently saw a 21% jump in car sales. Lawmakers in Great Britain are rightly intrigued by the success of their EU colleagues, and word on the street is that bigwigs are cobbling together a bill to offer buyers in the U.K. £2,000 (over $2,800) when they trade in their current vehicle for a new one--or at least one less than a year old.   An official announcement should be made by April 22, when the government announces the budget for its upcoming fiscal year.

Halfway around the world in China, authorities are also considering subsidized incentive packages. Interestingly, China is focusing its attention on rural residents, offering up to $730 in rebates toward the purchase of light trucks and minivans. (Also included, for reasons that aren't entirely clear: motorcycles.) Given the slump in Chinese exports, revving up the domestic economy isn't a bad strategy.

And for those keeping score at home, yes, once upon a time there was a U.S. "Cash for Clunkers" plan, but it got pulled from Obama's stimulus bill. (Support for hybrids and hybrid conversions, made it through, though.) There's a chance that "Cash for Clunkers" may pop up again on the floor--we'll keep you posted.