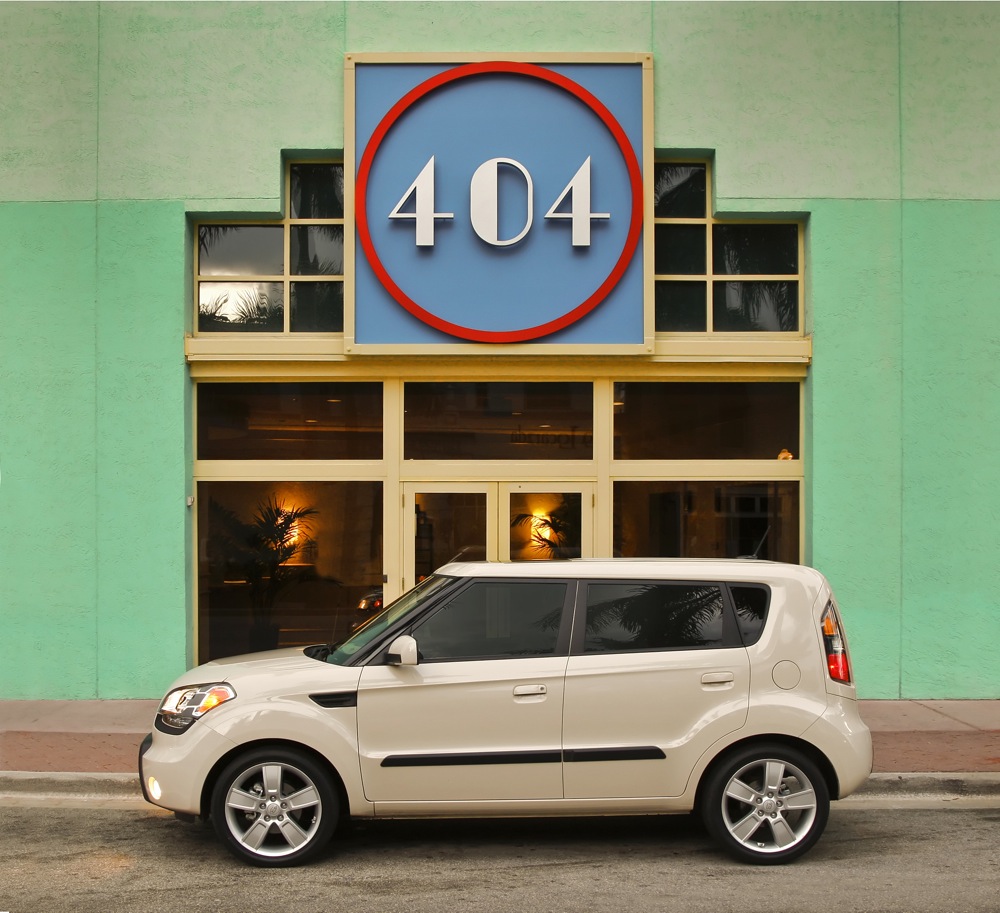 While you're still experiencing sleet, driving rain, subzero temperatures in some case, and a general March doldrum, half the auto world is down in sunny Miami sampling the 2010 Kia Soul.

Jealous enough? It's worse. The Soul is a big surprise--nearly as fun to use in everyday driving as it is to look at. Like its competition from Scion and Chevrolet and Chrysler and Nissan, the Soul's implanted big personality into the small-wagon package.

The Soul may hold a trump card over the likes of the Scion xB and the new Nissan Cube. It's easily the coolest of the trio; the Scion looks overstuffed and feels underthought this time around, while the Cube may be a little soft, small and feminine for some tastes. The Soul has that laid-back stance, an appealing reverse-wedge shape...and frankly, the rear pillar reminds us of the In-N-Out Burger logo, and that can't be a bad thing. The interior cues up just as much innovative styling, though some of the plastics are a little too much like those on the Honda Element--you wonder, will the deep red dash on Sport models hold up over an automotive lifetime?

Performance is moderate, but refinement peeks through in the way the Soul smooths out highway rides, and the way its larger four-cylinder engine winds through its usable power range. Spin it higher and it thrums a bit. You'll probably expect the manual gearbox to offer a better driving experience, but the five-speed clutch adds nothing to fuel economy, and the four-speed automatic shifts more nicely while equaling the stick's 24/30 mpg. (Ultra-base Souls come with a 1.6-liter four and a five-speed manual only.) Steering isn't electric, which makes it more sensitive than that of the Scion, and the seating package gives great headroom even to tall folks.

With enough room for five adults, a ladle of safety equipment second to none in its class, and standard Sirius satellite radio across the board, too, the Soul compels anyone shopping for a $15,000 hatchback to take a look. It bests the Japanese urban cruisers and outstrips the aging American offerings entirely, on style alone.

Kia execs say the 2010 Soul is the "small tip of a big iceberg" that's leading a total transformation of its lineup. The Soul will be followed by the 2010 Kia Forte sedan and coupe later this year, and after that, the crossover replacement for the 2010 Kia Sorento SUV (which may get a new name). We'll have more on those plans as we cover the upcoming 2009 New York auto show next month.

For now, get the whole story on our 2010 Kia Soul page, and see a huge collection of high-resolution 2010 Soul photos, too--and if you missed it earlier today, see why hamsters and Souls are dancing to the same beat.