Celebs Vs. 'Celebs' At The Toyota Grand Prix Of Long Beach 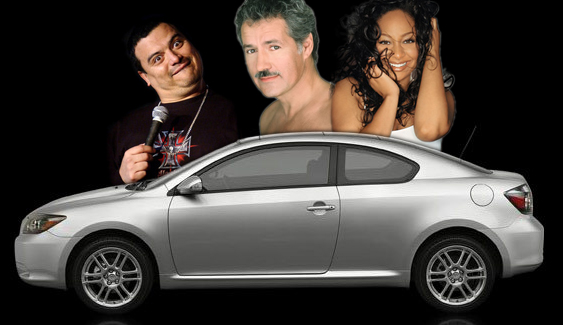 On April 18, Toyota returns to Long Beach, California for the 35th Annual Toyota Grand Prix. Amid all the weekend hoopla and product-positioning, the company will sponsor a celebrity race, pitting nearly two dozen stars (plus Raven-Symoné and Carlos Mencia) in a ten-lap, 19.7-mile throwdown.

To date, the list of participants includes Tyson Beckford, Adrien Brody, John Hamm, Keanu Reeves, Alex Trebek, Luke Wilson, and more, all of whom will drive race-ready Scion tCs.  Since it's a charity event, Toyota will donate $5,000 on behalf of each celebrity racer to Racing for Kids, which supports children's hospitals in both Long Beach and Orange County, California. Toyota will contribute an additional $5,000 to any charity that the race winner chooses. And People magazine will dole out another  $15,000--presumably to Racing for Kids, but we're not sure--on behalf of whomever wins the pole-position during the qualifying round on April 17th.

Even with Alex Trebek, this sounds like a really great event--though we think Toyota could make it even better by having competitors drive blindfolded while balancing an egg in a spoon. You know, kinda like on Battle of the Network Stars? That would be make for some must-see TV.