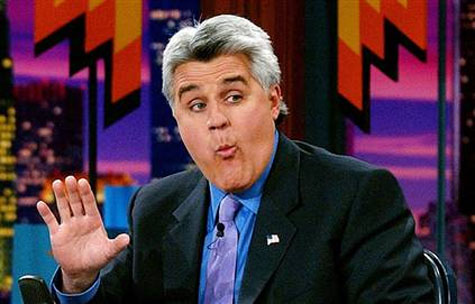 Jay Leno is coming to Detroit with something called "Jay's Comedy Stimulus Plan". Sources indicate that this is a comedy concert and that it is, in fact, funny. TCC is unable to verify those allegations.

The concert will take place on April 7 at The Palace of Auburn Hills, and Leno is offering free admission for "anybody out of work in Detroit". There's just one catch: attendees "have to say they're unemployed to get tickets".

So, in addition to being jobless and facing an uphill battle to get back on track during one of the worst recessions since the Great Depression, concert-goers have to talk about their financial straits with a complete stranger, then try to laugh? Hilarious.

(But seriously, folks: we think Leno is pretty rad for doing this. We also totally envy his badass car collection. We just like to give him a tough time because he doesn't return our calls. So all you Leno fanboys, step off.)