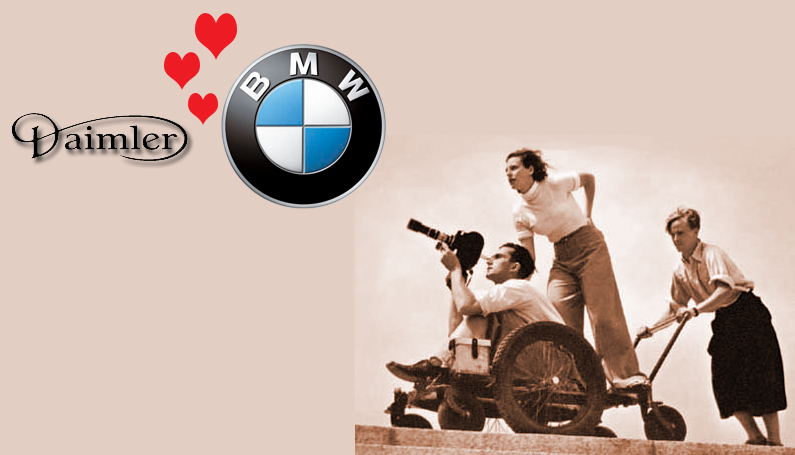 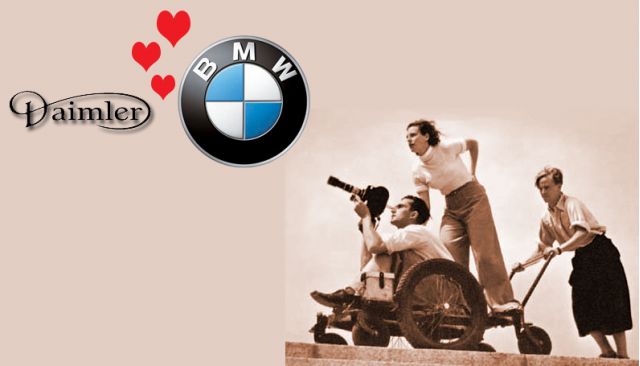 From Germany we're getting news that BMW and Daimler AG are looking to swap spit stock. (Sorry for that makeout image so early on a Monday morning.) The proposal on the table involves each company taking a 7% stake in the other, the goal being to boost sharing of information and resources.

While that may sound like a great idea for luxury car manufacturers in These Economic Times, not everyone is happy about the autos über alles approach. Members of the Quandt family, who own 46% of BMW, are terrified by the deal. It seems they don't trust Daimler, given the company's history of forging similar kum by ya deals and then taking over.

But that's probably silly. Who could imagine anyone in Germany consolidating power under the guise of national unity during a period of domestic turmoil, then forcefully taking control?