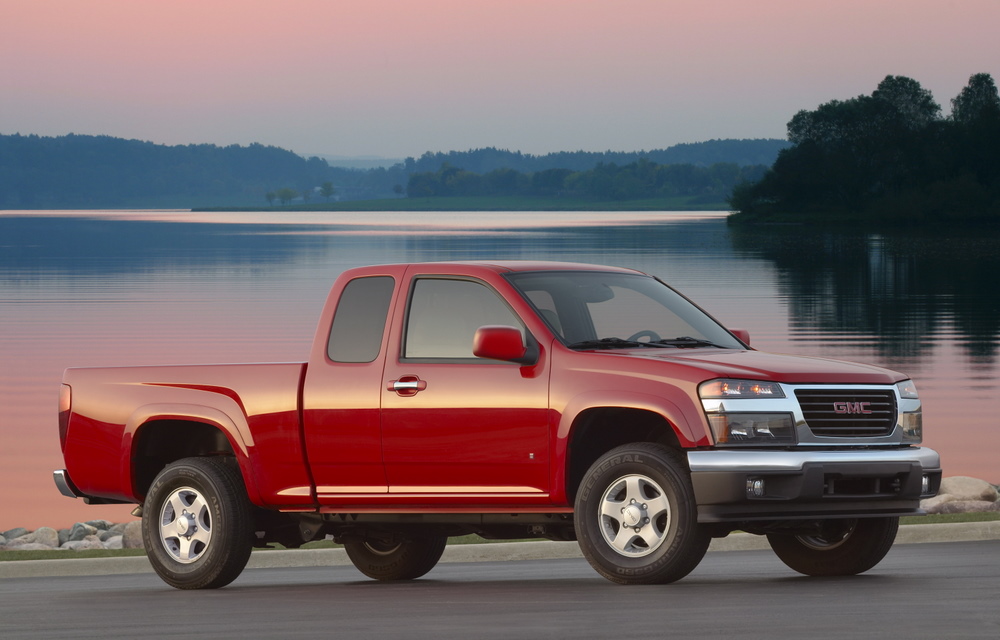 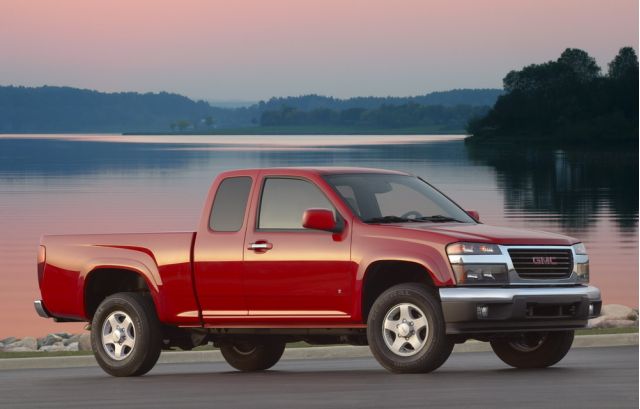 It’s been five years since GM replaced its Chevy S-10 and GMC Sonoma with the slightly larger Colorado and Canyon, and all along many reviewers—including us at TheCarConnection.com—have pointed out that the top engine, a large-displacement (currently 3.7-liter) in-line five-cylinder has never been satisfying to drive—with a gruff, coarse character and, as we’ve experienced in repeated test drives, real-world performance that doesn’t match rival V-6s, paired with a V-8-like thirst.

For 2009, the Colorado and Canyon finally get an optional engine that does it justice. The new 5.3-liter V-8 is offered on most extended cab and crew cab versions of these trucks for a modest $1300 more than the maligned five.

TheCarConnection.com recently had the chance to drive a 2009 GMC Canyon with the new V-8 in Southern California, and we came away with a completely new impression of the truck. There’s a lot to love, as this 300-hp, 320-lb-ft V-8 is a variation of the great Vortec 5300 that’s used throughout GM’s full-size trucks, minus the Active Fuel Management system. It brings a very torquey, relaxed character to these trucks that’s been missing all along for everyday driving, and when you want to have a little fun, all that V-8 torque in a (somewhat) compact truck is a hoot.

A bunch of other improvements for 2009 make the Colorado and Canyon a better vehicle overall and boost its ratings from TheCarConnection.com. Electronic stability control is at last standard across the lineup, and brakes have been also been fortified for 2009; they feel more reassuring than what we remember from previous drives. But steering remains a weak point; it feels vague and reluctant to unwind on twisty roads and tends to require frequent adjustments on the highway.

Granted, the Z71 Off Road suspension that our test Canyon had probably wasn’t the best for our 300-mile drive, which included a mountain pass, 80-mph freeway cruising, and lots of boulevard stop-and-go. The ZQ8 sport suspension package—including steering improvements, a stiffened suspension, low-profile tires, and a ‘slammed’ overall appearance, riding an inch lower—might have been a better choice.

In a pretty hotfooted mix of driving, we didn’t expect impressive fuel economy; but we averaged a surprisingly good 18 mpg. In TheCarConnection.com’s opinion, it means the five-cylinder, which likely wouldn’t be any more frugal, just doesn’t make sense anymore; stick with the four if you want to keep it basic and frugal, go with the V-8 if you want a faster truck that’s also up for more serious hauling.

To help ease some complaints about fuel economy with the four- and five-cylinder engines, GM has given them a revised fuel control module for 2009 that promises 1 or 2 mpg better on the highway with the four-cylinder than last year’s equivalent models. 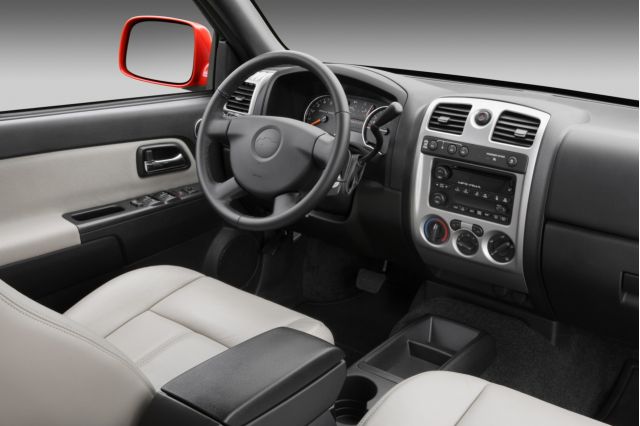 Inside, the Canyon and Colorado have changed little since their original introduction. Build quality on our truck was pretty good, but the quality of the plastics used for the instrument panel and door panels leaves a lot to be desired—especially when we know what GM’s capable of in the Silverado/Sierra interior that we know and love. On the upside, the Canyon has what serious buyers will probably be happy with: a simple, straightforward instrument panel layout, with push-button controls for the 4WD system mounted high. And front seats, though flat-feeling, provided a good driving position and didn’t leave our backs aching; on Crew Cab models, there’s plenty of space for two adults or three kids in back.

The $32,710 sticker price on the Crew Cab SLE V-8 model that we tested left us raising our eyebrows, but the minimum price of a Canyon V-8 (with the requisite extended cab) is a more reassuring $24,000. For comparison, the lowest-priced Sierra 1500 with the 5.3-liter V-8 is just $22,320—albeit in stripped-down Work Truck (W/T) form. Most Sierra models appointed like our Canyon land in the upper $30k range. Of course these prices are now open to heavy bartering in most places.

All said, if you happen to be shopping for a compact truck now with all the options open, there are plenty of choices that you’re likely to be happier with than the Canyon or Colorado. But if you really, really want a V-8 and don’t want to stretch yourself into a full-size truck in these times, TheCarConnection.com thinks that these new models will satisfy that craving.