2010 Toyota Prius Walks The Walk With A Whopping 50mpg 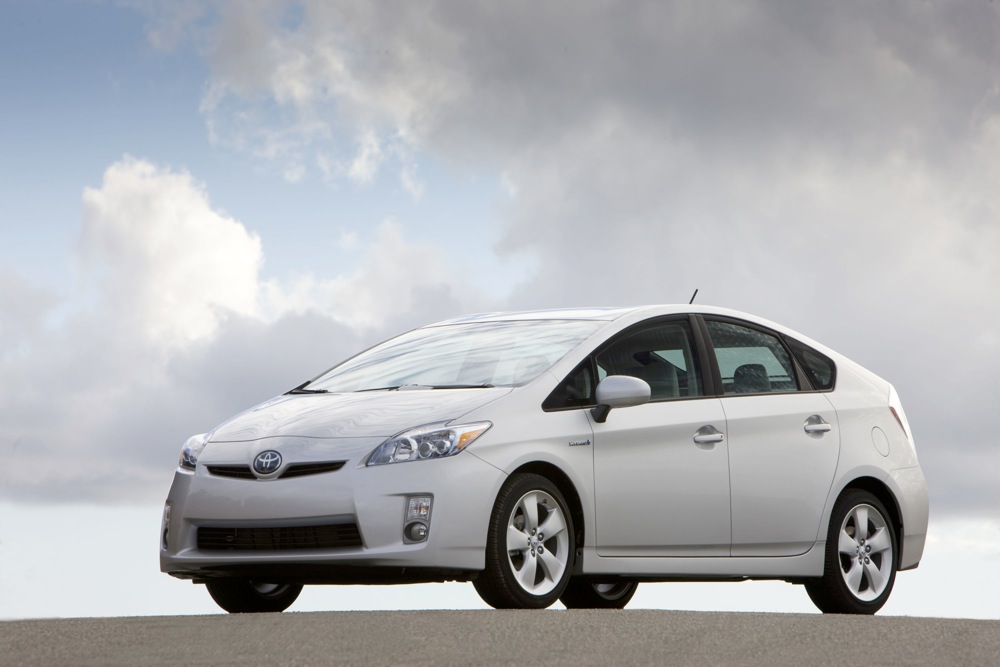 Unless you've been living under a rock (and who could blame you these days?), you probably know that the 2010 Toyota Prius is on the way. Chances are also good that you've read Toyota's claims that the new Prius will kick some serious mileage butt.

Well, after talking the talk, Toyota is finally gearing up to walk the walk: today, the company announced that, indeed, the 2010 Prius will get "a combined EPA estimated fuel efficiency rating of 50 miles-per-gallon". So there.

We'll spare you the full release delivered on the Toyota jumpdrive--it does go on--but here are a couple of paragraphs to tide you over:

The third-generation Prius extends its record of continuous improvement in fuel economy. The first-generation Prius, which was rated 41 EPA combined mpg, was replaced by the current model, which is EPA rated at 46 miles per gallon (mpg), combined city/highway. Using a combination of technologies, fuel efficiency was increased to an EPA estimated city/highway mpg rating of 50 in the city, 49 on the highway and a combined 50 mpg for the new Prius.

A larger and more powerful 1.8-liter Atkinson-cycle, four-cylinder engine will produce 98 horsepower at 5,200 rpm in the new Prius. Together with its electric motor the hybrid system in the new Prius will generate a combined net horsepower of 134, an improvement of 24 horsepower over the previous generation.

Contrary to conventional wisdom, the larger engine actually helps improve highway mileage. By making more torque, the new engine can run at lower average rpm on the highway. When operating at lower rpm, the new engine uses less fuel. Mileage is especially improved in cold-start conditions and at higher speeds.

Use of an electric water pump and a new exhaust gas recirculation (EGR) system also contribute to the engine's efficiency. The 1.8-liter Prius engine is the first Toyota power plant that requires no belts under the hood for better fuel economy and less potential maintenance.

We'll tell you more than you ever wanted to know about America's favorite wedge after our official test drive on March 25--earlier if we run out of other stuff to talk about. Stay tuned.