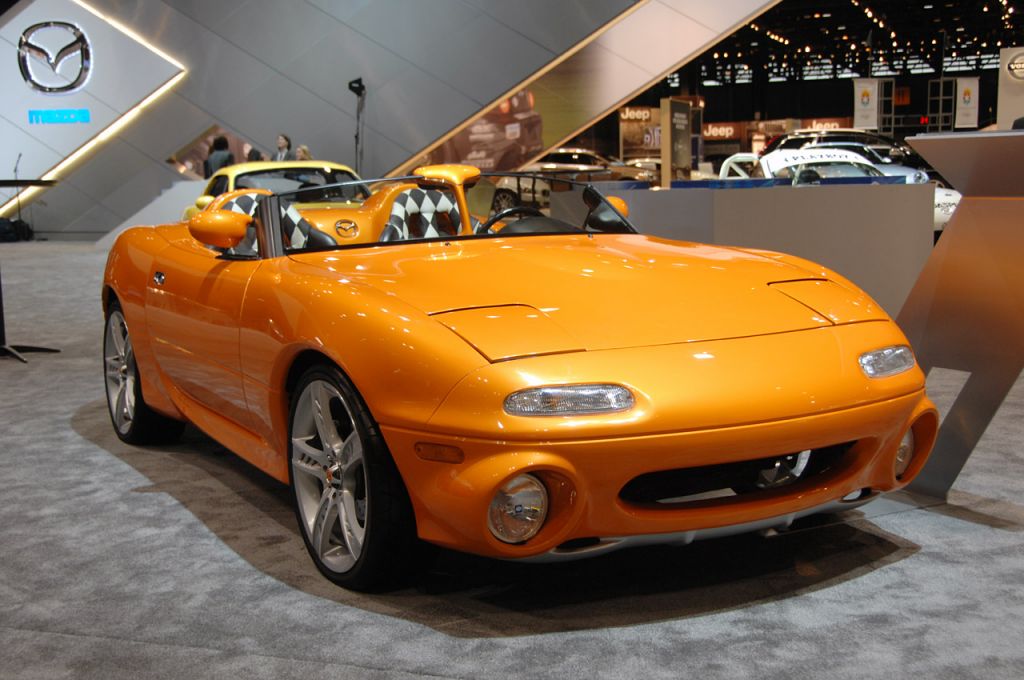 A history of the Mazda Miata -- via Autoblog

Car fans in the U.S. have had two decades to revel in the sporty, miniaturized glory of the Mazda Miata/MX-5. To celebrate, Mazda took to the floor of the Chicago Auto Show with a heaping handful of Skittle-toned Miata specialty models--concepts, one-offs, and the like. Our colleagues at Autoblog have been kind enough to post a gallery of tasty, sugary shots; take a gander when the boss isn't looking.

In scrolling through the pics, we had two immediate thoughts:

But what about you? Does the Miata make your heart go zoom-zoom? Or is it a toy fit for Ken and Barbie? Drop us an email or weigh in below (obesity pun not intended).