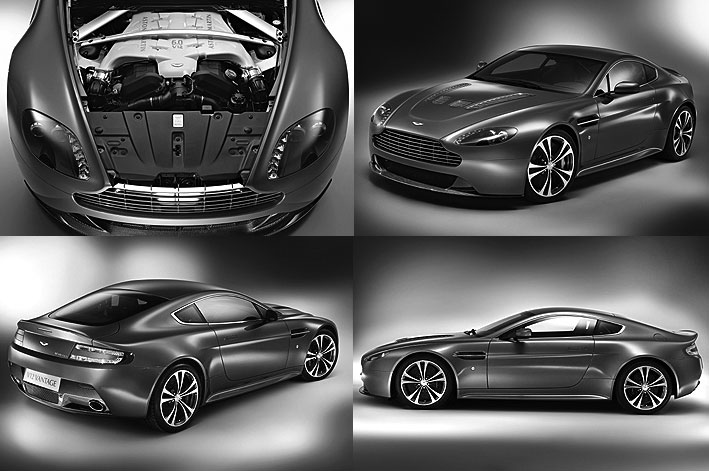 We thought good things came in small packages: Money. Gold. Cupcakes. All great stuff.  But then half-pint 'ho Tila Tequila entered the picture and threw our theory for a loop. (Not that we wouldn't mind taking a shot at her. Elephant gun, please.)

Now comes something else to vindicate our hypothesis and tilt the scales back toward "small is good": the Aston Martin V12 Vantage. Take a good long look at those pics. Marvel at the car's beauty. Drool over its sleek lines. And get mildly freaked out by the fact that there's a V12 crammed all up in there. It reminds us of a movie we once saw.

The V12 will debut in about a month at the Geneva Motor Show, and the 1,000 models to roll off the line are set to fetch around £140,000, or upward of $200,000 U.S. That may sound like an outsized chunk of change for this particular economy--especially given the company's recent slowdown announcement-- but then, Aston Martin is funded in part by Kuwaitis who are apparently still making money. Lucky them.

Want a guided tour of the V12 and all its tricked-out badassery? Check it:

[via Autocar; vid via drivers-republic]