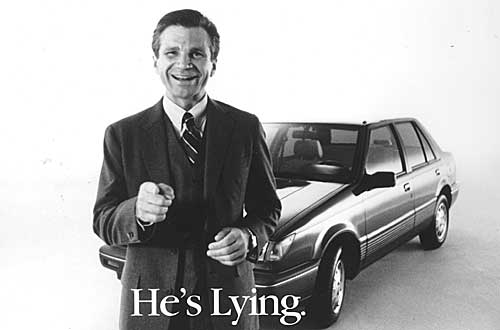 Here in the States, Isuzu's been laying low for a while, wisely spending marketing dollars in southeast Asia and other parts of the world where it holds a better market share. And day after tomorrow, nearly three decades after Isuzu launched passenger vehicle sales in the U.S., the company is stepping out of the American marketplace entirely: as of this Saturday, January 31, Isuzu will sell no more. (Well, except for commercial vehicle sales, which will continue as usual.)

As popular as Isuzu has become in some places, the brand never really gained traction stateside. Maybe its designs were too quirky, or maybe it was overshadowed by similar-looking but better-publicized rivals. Elsewhere, Isuzu developed a great reputation as a builder of trucks, and even here in America, it's got some rabid fans--but not enough to hold out against better-known brands and bigger marketing machines. The announcement of Isuzu's withdrawal was made a year ago, and now it's time to close the book. (That said, the company website looks like it's still open for business, so get while the getting is good.)

As a small token of our esteem, we'll leave you with a clip of Isuzu's fabled spokesman--who's remembered better by the American public than many of the vehicles he was mean to shill. The New York Times calls this one "horribly inappropriate", but inappropriate as it may be, we fail to see anything horrible about it: