European Auto Shows May Be No-Shows 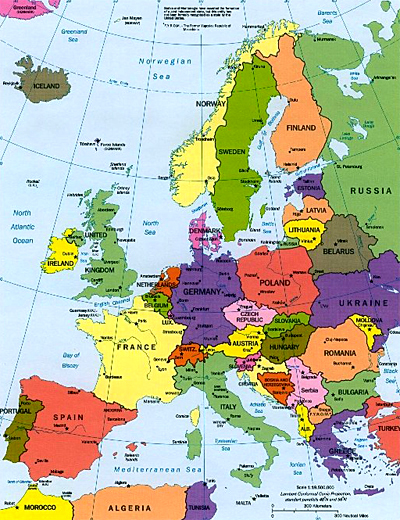 First, the Detroit Auto Show had problems pulling in exhibitors. Then it was Tokyo. And of course, we all know how the Sexy Green Car Show turned out. Now, two more exhibitions have joined the troubled ranks.

The British International Motor Show is seriously considering postponement of its bi-annual event, moving the show from summer 2010 to summer 2011. Presumably, that's due to the show's lackluster turnout in 2008, when a number of big names bailed (European names at that). And based on what we've seen elsewhere around the globe, we'd be surprised if exhibitors were chomping at the bit to register for the 2010 event (though we're just guessing). An unnamed inside source claims that organizers were also "concerned about the expo’s current biennial schedule clashing with the 2012 Olympics", but that sounds a little far-fetched to us.

The vibe at the Barcelona International Motor Show is slightly more desperate--mostly because that event takes place in May, three months and a couple of days from now. So far, Volvo and Mazda have confirmed, but European faves like Citroën and Peugeot have definitely pulled out, as have GM and Nissan. The reply cards haven't been fully tallied, but it's almost certain that Audi, Chevrolet, Ford, Mercedes, Renault, Saab, Smart, and VW will be added to the regrets list. Which leaves...China? India?

Over in the fashion industry--which is more similar to the auto industry than you might think--a lot of companies and designers are forgoing shows altogether in favor of online-only or very specialized presentations. Could that be the Shape of Things to Come in the auto industry? Discuss.

UPDATE: And then there was one.