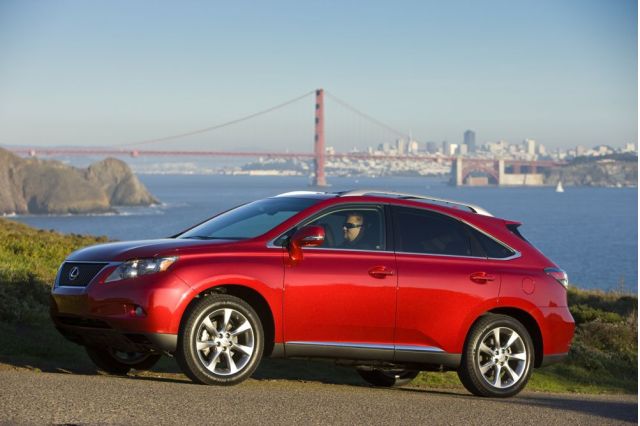 Now that the hullabaloo that was the 2009 Detroit auto show is over, we're getting back to the business of road-testing cars. Late last year we drove the new 2010 Lexus RX 350 and RX 450h hybrids out in California, and in our opinion, they're just as refined as the previous edition--with a couple of important advances.

The RXs arrive in showrooms this spring completely revamped—yet completely familiar to anyone who’s driven the previous two editions of the five-seat crossover vehicle. For the gas-powered RX 350, the primary difference is a resculpted exterior that's very similar to last year's model, along with an interior that's sharply different--it has the swoopy curve of silver plastic that's making its way across the Toyota and Lexus lineups. There's also a sixth gear for its automatic transmission, which helps it achieve 18/24 mpg fuel economy.

The hybrid RX 450h is more of the same--but with the upsized 3.5-liter V-6 now mated to more compact batteries and motors, it's turning in fuel-economy ratings of 28/26 mpg, a significant improvement. Too, both vehicles have better cargo space, with five percent more room behind the second-row seats.

The other major improvements include a new Remote Touch controller that takes the iDrive concept and mates it with computer mouse-style haptics, and USB connectivity for music players, which makes operating your iPhone a joy, finally (no aux-jack hiss and no cable that doesn't also charge your cellie).

Though the “passionate pursuit of perfection” could use a little more passion, the 2010 Lexus RX 350 leaves few owners wanting more luxury or practicality--especially when compared to rivals like the 2009 Lincoln MKX and Cadillac SRX, though it's no bargain compared to the also-ritzy Nissan Murano. Here's a recap of our Bottom Line:

You can get more at our pages for the 2010 Lexus RX 350 and 2010 Lexus RX450h, and see dozens of photos, get pricing and specs, even shop for insurance and warranties.