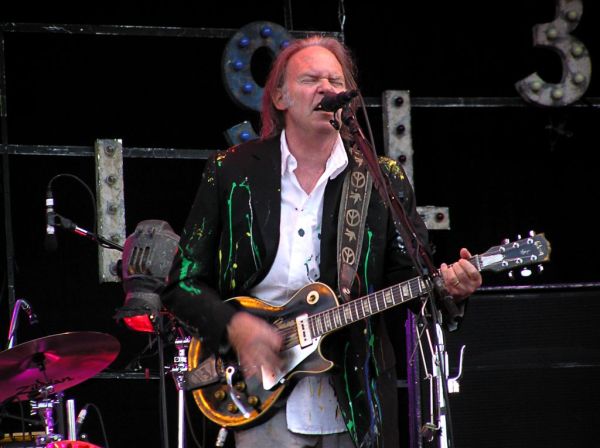 Brace yourselves, people: Neil Young is headed your way with new tunes. Not the sort of guy to rely on tried-and-true song fodder, Young often centers his music around abstract concepts--or at least, unlikely material for a rock star (e.g. the Spanish conquest of Mexico)--and this next album is no exception. Entitled Fork in the Road, it's about his "LincVolt car project".

Allow me to repeat that: Neil Young's latest album is about electric cars.

Oddly, this isn't all that  unexpected. Last year, Young appeared in the bio-diesel documentary Fields of Fuel, and according to Wikipedia, he's now hard at work on a documentary of his own with the working title Linc/Volt. There would seem to be a theme emerging.

I'm not the biggest Neil Young fan, so I'm not going to judge his work, though the reviews have not been kind. Why don't you have a listen to the title track below (sample lyric: "There's a bailout coming but it's not for you/It's for all those creeps hiding what they do") and sound off?