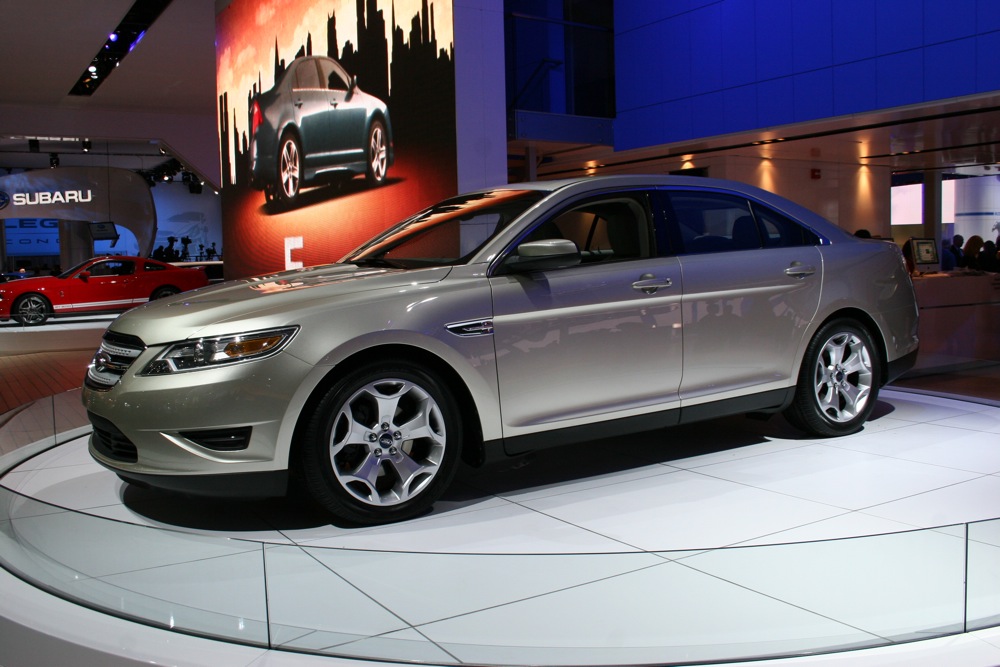 Just as if it were scripted (it wasn't), Ford held its Detroit Auto Show press conference just a few minutes after the 2009 Ford F-150 won the North American Truck of the Year award. Not a bad way to start the show. Bucking the bad news regarding the economy and the nation's auto industry, Ford Motor Company is pressing on powerfully.

Working to keep the momentum it gained at November's L.A. Auto Show with the introduction of the 2010 Mustang and Fusion, Ford showed the 2010 Taurus. Alan Mulally, Ford's CEO also showed the 2011 Fiesta, a car that starts production in Europe and China before coming here. Ford, however, will release 100 units to American drivers who can compete to evaluate a Fiesta free of charge for six months.  Entries can be submitted at www.FiestaMovement.com.

For enthusiasts, seeing Carroll Shelby topped the Sunday morning's event. It just happened to be Shelby's birthday, and he gamely showed up to help reveal the 2010 Shelby GT500.  At 89, Carroll hoped that he'd be back at 90 to introduce another model. We hope so, too. In a slick bit of showmanship, the two display cars that drove out on stage for the reveal, exited with engines roaring and tires spinning.  And it was no cheap A/V trick. Wide black patches followed the cars as they disappeared from view.

Nearly all of the above was expected, but Ford Chairman Bill Ford appeared amid an armada of his corporation's hybrid vehicle to announce an electric vehicle initiative. Ford (the man, not the company) called it a Global Electrification Strategy. The plan includes partnering with battery manufacturers and major municipalities to promulgate the advancements necessary in electric vehicle technology to make these cars practical.

Here's a bit from their press release:

Ford already has other collaborations and partnerships to accelerate the commercialization of electrified vehicles. These include:
Southern California Edison and the Electric Power Research Institute currently are road testing a fleet of Ford Escape Hybrid Plug-ins. Work with the utility industry partners is focused on understanding customer usage and the interconnectivity of vehicles with the electric grid.

A four-way “Eco-Partnership” in China to expand its global expertise with electric-powered vehicles. Ford, Changan Auto Group and the cities of Chongqing, China and Denver, Colo., are exploring ways to develop projects to help further energy security and promote economic and environmental sustainability.

The U.S. Department of Energy awarded a $10 million grant to Ford’s development of PHEVs. The DOE currently is road testing one of Ford’s Escape Hybrid Plug-ins to support technological innovation related to the electrification of transportation.

In the UK, Ford is collaborating with Tanfield, the market leader for electric vehicles, to offer battery-electric versions of the Ford Transit and Transit Connect commercial vehicles for fleet customers in the UK and European markets.

Also this year, Ford is doubling its production and offerings of hybrid vehicles with the new Fusion and Milan hybrids. During the past five years, Ford has sold nearly 100,000 hybrid vehicles, starting with the introduction of the Ford Escape Hybrid and Mercury Mariner Hybrid, the most fuel efficient SUVs in the world.

Mr. Ford went on to reveal that there are plans underway to produce battery electric vehicles using the Focus and Fusion platforms.

Like the plans for EV-motoring from Chrysler, Mercedes-Benz and other manufacturers, these cars are far from saleable. Major development remains to be completed.

As we move farther into 2009, it will be interesting to see what happens with fuel prices and the relative interest levels for electrified vehicles. We expect that baring a change in U.S. energy prices, the development of BEVs (battery electric vehicles) and other motor-powered vehicle will directly follow the cost for oil. High oil prices means high interest. 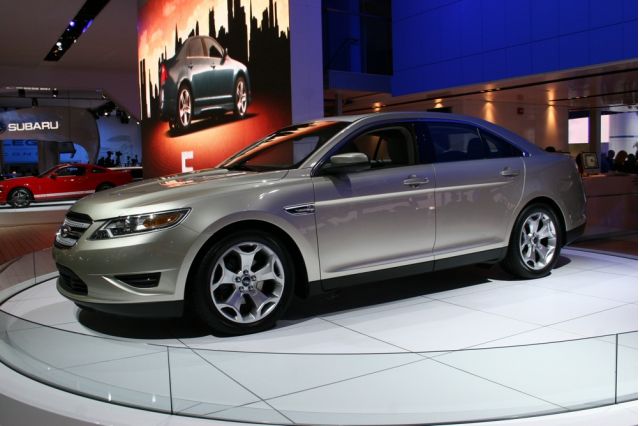