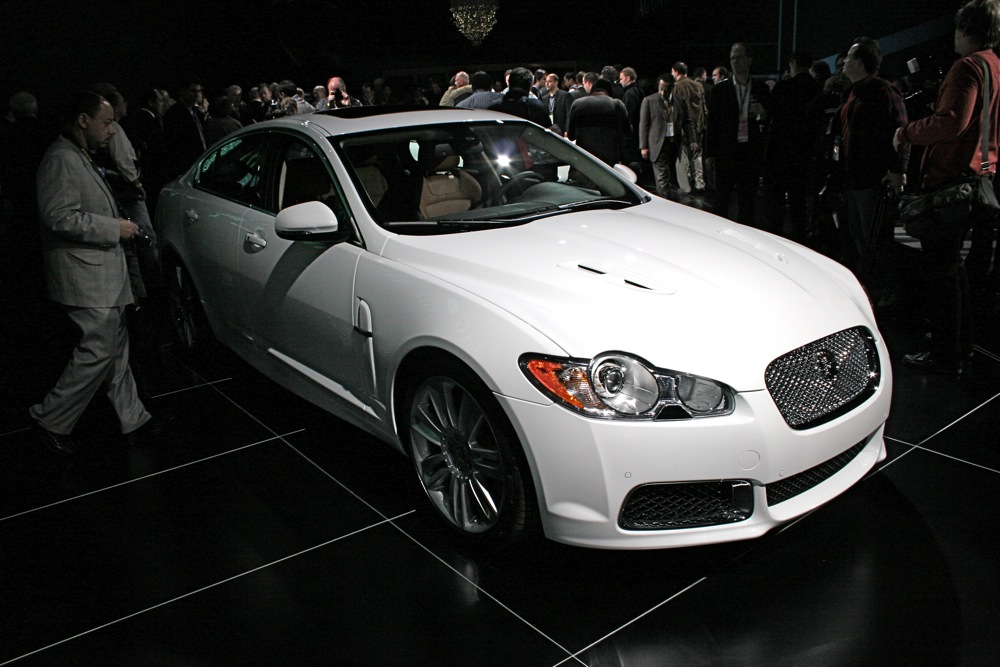 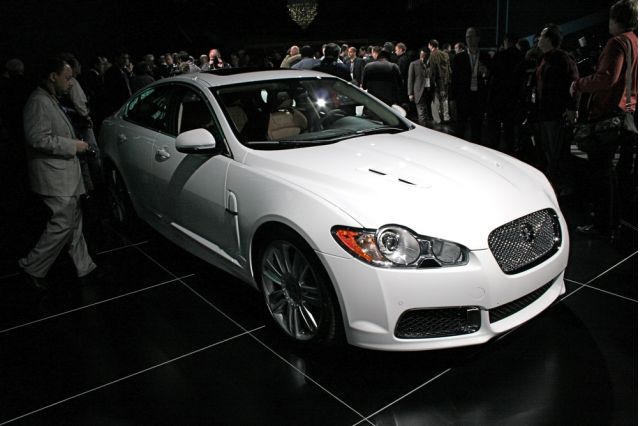 The 2009 Jaguar XF is one of the top-rated luxury cars here at TheCarConnection.com -- and for 2010, the mid-size luxosedan is being updated with a massively powerful V-8 engine.

The XFR version wears a deeper chin spoiler, side sills, hood louvers and quad tailpipes, along with 20-inch wheels.

The companion two-door XK Coupe also gets upgrades with the same new engines. Two models are offered - Portfolio, with the 385-hp V-8, and XKR with the 510-hp V-8. The latter catapults the big sportscar to 60 mph in 4.6 seconds; the Portfolio version takes 5.2 seconds, Jaguar says. Cosmetic changes to the XK include new LED taillights, a new rear spoiler, and the addition of the JaguarDrive Selector to the cockpit.
See more photos over at our 2010 Jaguar XF and 2010 Jaguar XK pages, and stay tuned for more from the 2009 Detroit auto show. 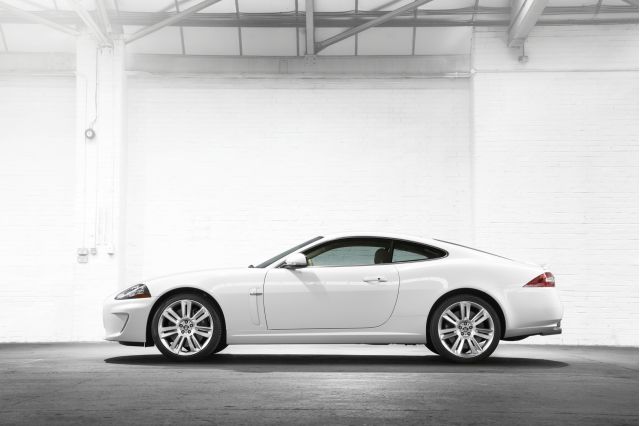