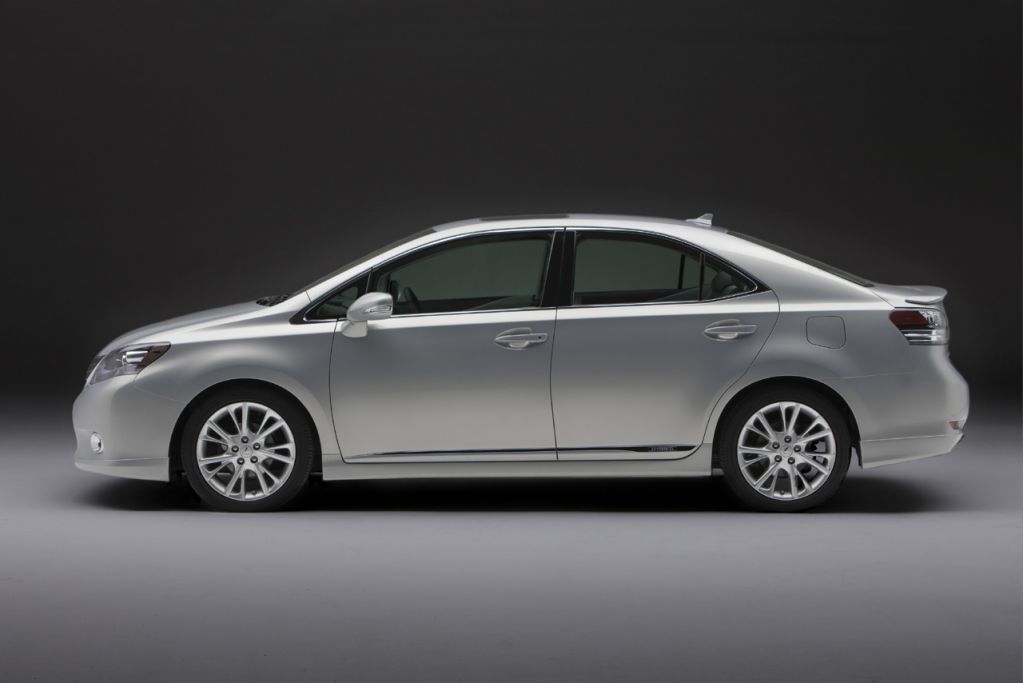 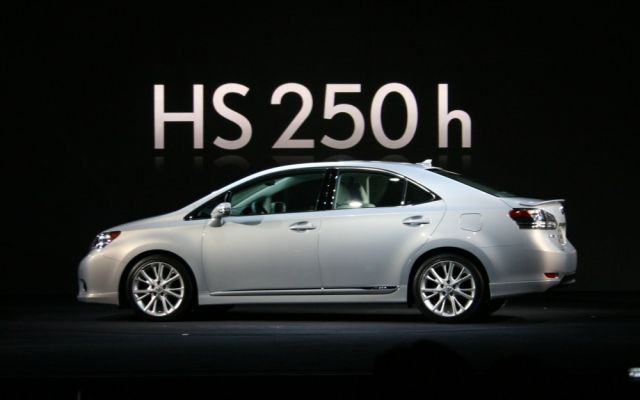 With the debut of the 2010 Lexus HS 250h, the Toyota Prius expands into a family of vehicles that now includes a formal four-door sedan--one with a pricetag likely to hit $30,000.

The HS 250h, Lexus announced this morning at the 2009 Detroit auto show, is the first luxury hybrid-only vehicle, as well as being Lexus' most fuel-efficient vehicle of all.

Left completely unsaid in press materials, is the HS 250h's relationship with the new 2010 Toyota Prius, which bows on Monday at the Detroit show. It's understood that the HS 250h shares the Prius' basic architecture, though it's significantly upgraded for quieter, more luxurious performance, with additional engine damping, better sealing around fenders, even quiet power-window dampers derived from the Lexus LS.

The HS 250h's performance starts with a different powertrain than the Prius as well--it's still a hybrid of batteries, motors, CVTs and a gas-powered engine, but in the Lexus' case it's a 2.4-liter four-cylinder that's teamed with a set of batteries to produce a net 187 horsepower. As such, the HS 250h will be more miserly than any other Lexus, by as much as a 30-percent margin. Final fuel-efficiency numbers are still a mystery, though, as Toyota is holding those and the final price until the HS 250h goes on sale later in the year.

While its four-door shape may be a little less aerodynamically efficient than the five-door Prius, it's not by much: the HS 250h sports a drag coefficient of 0.27, and makes the most of the shape by also minimizing energy losses elsewhere in the car with LED headlamps and infrared-reducing glass. Lexus also outfits the cabin of the HS with "ecological" plastics that emit less carbon dioxide than usual materials.

The HS 250h is suspended by MacPherson struts up front and a control-arm rear end, and wears 17-inch wheels as standard equipment with an option for 18s. Electric power steering can be coupled with an optional lane-keep assist that adds heft to keep the car tracking straight ahead, as well as a lane-departure warning system. Other safety gear includes active headrests, stability control and optional radar-guided cruise control.

Lexus says the new HS is sized somewhere between the current IS and ES sedans, with a taller greenhouse and a more radical interior style that grants rear-seat passengers good leg room.

Features available in the newest Lexus include Bluetooth connectivity, satellite radio, USB connectivity for MP3 players, and a voice-activated navigation system that's run from a hard drive. Leather trim and a moonroof also are offered, as is a head-up display and the new Lexus Enform telematics system.