Not Your Grandma's Graffiti 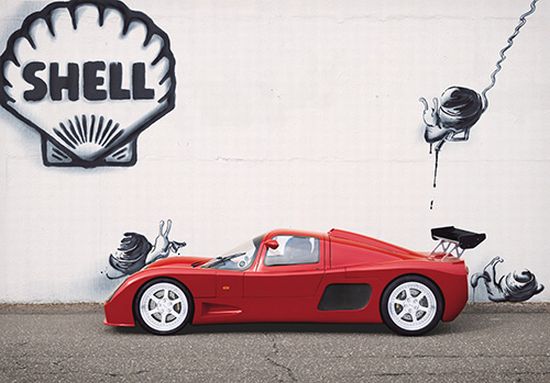 Street art has been around for thousands of years--in fact, you could probably argue that the folks who tricked out Lascaux started the whole movement. When we think of street art today, however, we often think of graffiti, and while there's definitely a place for that--mostly GnR videos--rarely is garden-variety graffiti as interesting as the auto-centric works of British artist Howard McAlpine.

McAlpine doesn't really include an artist's statement on his website, and he tells us nothing about his "automotive" portfolio, but I'm guessing some of them might be one-off ads for clients, which include Shell and Fiat. I'm also assuming that McAlpine was responsible for both the car selection as well as the outstanding Banksy-style murals that relate to the vehicles.

No matter what their inspiration, you can tell the man loves his cars and they way they fit into the environment. And honestly, isn't that enough for a Wednesday?--Richard Read